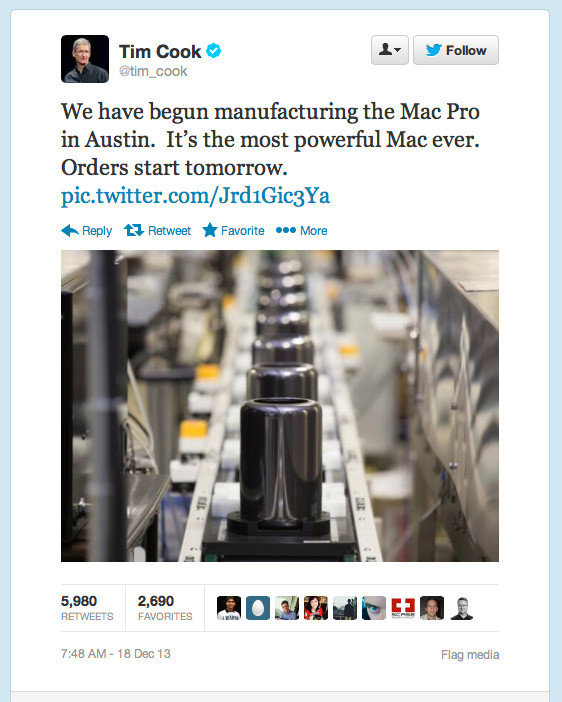 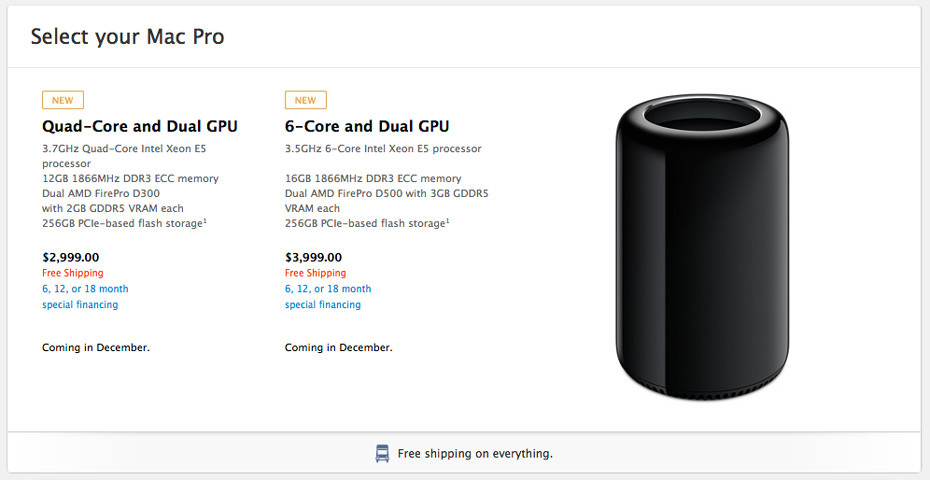 Apple.Com Store Pricing For The Two Base Models Of The New Mac Pro.

Not cheap, but no information on what the upgrades will cost until the store opens up for custom configurations.  However according to the estimated guess of Lewis Hilsenteger, of Unboxed Therapy,  the maxed out Mac Pro could cost as much as $25,000!  Here is how Lewis calculates this cost:

Just a few hours from now Apple will open up the ordering on the Apple Store for the new Mac Pro in all of its configurations, so we shall see then just how close to the truth Lewis guess is.  I am certain the order queue for this new Mac Pro will be long, but Apple has always been pretty good at getting products into the hands of users very shortly after the order desk opens.  Here’s hoping this time is no exception!  For those of us doing heavy video work, this new computer looks to be blinding fast and something to very much look forward to under my my Christmas Tree!