My original article, written when the DJI Inspire 1 was announced in November, 2014 is here:https://thecameraforum.com/dji-inspire-1/  If you haven’t read it already, you may want to go back and do so, as in it I cover the features, options and functions the new Inspire 1 brought to market. But like every camera made, the DJI Inspire 1 does take time to use and grow accustomed to the operation before you can expect to get the best production output.  My question at the time was how will the DJI Inspire 1 work for professional client jobs?  Is it more than a flying toy camera mount?  Is it easy enough to master the flying part for those of us mainly interested in it as a professional camera?  Or does it require an entire training regimen prior to getting anything useable for a paying client?  Only time, and seeing the actual footage would tell.

Roll forward six months, and we come to the subject of today’s video presented above.  As with everything, marketing talk is cheap and in this case, DJI had made some rather large claims to deliver on.  The proof of the pudding is in the eating, so lets take a look at this recently done production by Thomas and Julia from Nashville, Tennessee, USA based production company Electric Peak Creative.   This footage was aerial highlights from Electric Peak Creative’s first few tests with the DJI Inspire 1 for their client Odyssey Safaris in Tanzania. 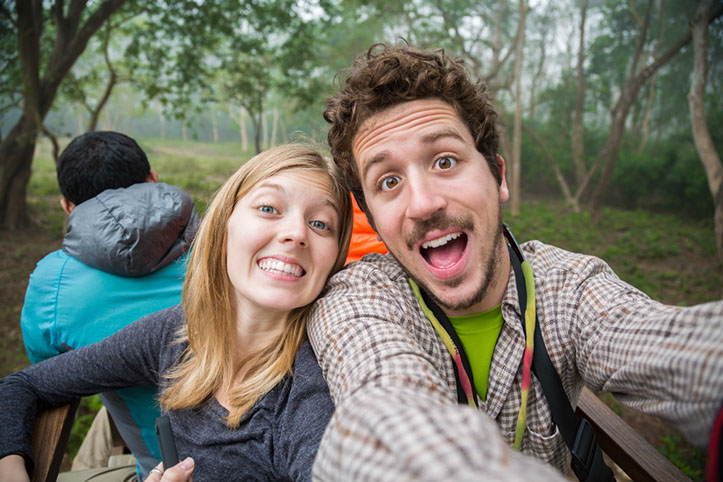 Thomas: “The footage was shot exclusively with the DJI Inspire 1’s onboard camera, using a Single Controller / Monitored with an iPhone 6 Plus.  The locations were Lake Manyara, Serengeti National Park and Ngorongoro Crater.  Everything was shot in 4K (4096 x 2160) in 24fps. In hindsight, 30fps might have given us the ability to better stabilize certain shots.”

“We colored in DaVinci Resolve and exported the final cut from Premiere. We sharpened in Premiere, but added no noise reduction. It may go without saying, but we noticed when we were shooting with an ND in full sun at ISO 100, with a shutter speed between 1/100th – 1/200th there were noticeably less compression artifacts compared to shots taken closer to dusk. Low-light situations are still a challenge with the Inspire, but being able to achieve professional 4K results from a flight-ready camera at a price point lower than the 5D Mark III is incredible!”

Seeing their footage, and reading what Thomas had to say answers most of my questions.  The DJI Inspire 1 is clearly capable of some amazing footage, with the controls in the right hands.  I’m hoping our next project is going to be getting up close and personal with one of these to try for myself.

4K Video version (Highly Recommended to see full screen if you have the bandwidth) available at: youtube.com/watch?v=35l59PScxqk

Please rate this story, and share it with your friends?  And heck, your enemies too, just get the word out!  [ratings]