You may love Led Zeppelin or you may hate them, but they were a major part of my younger years and my generation.  You may also ask what purpose posting a story like this has on TheCameraForum.Com.  I could do a quick duck and cover, come up with some clap-trap about the fantastic editing, choreography, or cinematography and I could probably get away with it.  This production earns superlatives in all of those categories, and is well worth your time to study for the technical qualities of producing a live music event the right way given a huge budget.

The honest truth is I decided to write this story because since the first time I saw Led Zeppelin live, I’ve had a secret dream – shoot a story featuring Led Zeppelin.  I’ll not have the chance to shoot my own story, as it is likely Led Zeppelin will never perform another public concert.  Instead I kindly thank CBS for providing me with their content as I present the entire Led Zeppelin portion of the 2012 Kennedy Center Honors Show televised on December 26, 2012 including: The introduction by Jack Black, the Foo Fighters playing “Rock and Roll”, Kid Rock playing “Ramble On”, Lenny Kravitz playing “Whole Lotta Love” and Jason Bonham, Ann & Nancy Wilson (Heart) and a full choir playing “Stairway To Heaven”.

Without a doubt, this video is one hell of a production.  A fitting tribute not only to the group itself, but to the whole generation that dubbed them “The Greatest Rock & Roll Band Ever” – and still do.  Led Zeppelin will always be a very hard act to follow.  Today’s generation of rock performers do a very credible job of recreating the famous covers, and in the process pay homage to the surviving members of the greatest rock and roll band in history.  The lighting is superb, the cinematography off the charts.  Produced by CBS in conjunction with The Kennedy Center using world class talent, this video is technically the pinnacle of the video storytelling arts as they exist today; the very State Of The Art.

But hang on, that is only half of the story.  The part on the outside.  Below, we co-feature the Led Zeppelin interview with Charlie Rose, where the group members relate the story from their own inner thoughts, using their own mouthes.  And explain why, in 2007, they played only one “revival” concert and decided not to ever do another tour.  It’s all about the creativity of moving it forward, not looking backwards.  Of evolving the music, just as they did with their eight albums, six of which reached #1 on the charts.  In Robert Plant’s own words, its all about the music…. 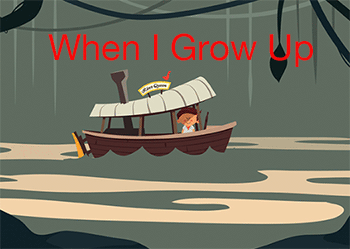