An editor unknowingly affects the world of a guy just trying to get though his day. Filmmaker Jeremy Hunt and Autodesk present “Fix it in Post”.  There are several pretty good video editing products on the market today.  Adobe offering a new updated version of Premier, Apple with their Final Cut Pro products, and AVID being the current market leaders.  In today’s world though, just being able to edit video isn’t enough to make for a state of the art production of the highest production values possible – the extreme technological edge is sought and quite rightly so to pull off realistic special effects.

Of the few technologies available that can do this advanced level, Adobe After Effects is by far the market leader.  This two component “package” makes creating realistic scenes possible incorporating special effects and your video footage.  At a price, of course, paid in cash necessary to license the software, in the steep learning curve to use it on a professional level, and finally the cost of use – the time it takes to create the effects.

Autodesk woke up one morning to find the demands of professional level creators just weren’t satisfied with having to use multiple tools to construct their productions.  Color correcting and grading in one, assembly edit in another, SFX in yet a third.  All with different interfaces, and each with it’s own peculiar set of quirks, formulas, interactivity issues, and incremental costs.  So they decided to integrate everything for the high end user.  Smoke is the result, and smoke it does too!  Smoke connects editing and effects like never before.  Smoke professional video editing software for Mac includes finishing tools for 3D compositing, color correction, and motion graphics.

From a quick first look, Smoke may be well worth the high price of entry, just in the power of the software and it’s smooth flexibility of use.  Smoke provides an editing/correction/FX interface second to none.  Smoke’s intuitive workflow combined with its excellent user interface should make getting production jobs out on time, on budget, and on deadline easier than with the Adobe solutions.  Once again though at a cost.  Smoke is not for everybody, it is a professional level tool intended for working professionals who need the kind of flexibility and power demonstrated in Fix It In Post.  The entry level Smoke license is $3,495 and up. 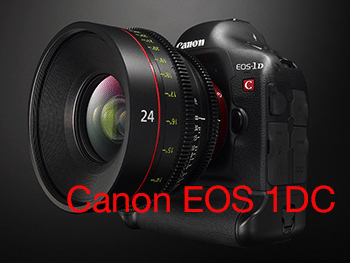