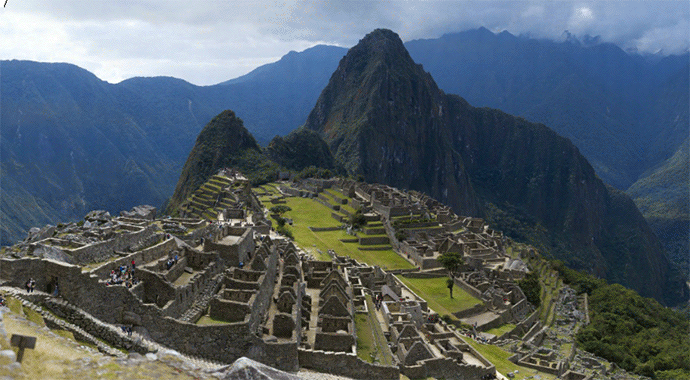 The last time I visited Machu Picchu was probably back in 1994.  At that time, it was a long arduous trip first to Cusco, then on to a half day train ride on what had to be the most primitive railroad in South America.  Like every other place in the world, times have changed and so has the ease of access to many historic sites around this planet.  Those visits have enriched the areas with their tourist dollars, but have had a terrible effect on the sites visited.  It’s our individual responsibility as photographers to go, see, and photograph the stories we find.  It’s also our responsibility to leave no tracks save for the images we find.

Jeff Cremer recently traveled to Machu Picchu with the goal of creating the highest resolution image ever taken of one of the most incredible places on Earth. Using a Gigapan robotic head, Jeff swept a Canon 100-400mm lens back and forth over the scene, taking hundreds of photos, which resulted in one incredible image. He even had a close call with the law, but thanks to his early planning and having all his ducks in a row, was able to continue unimpeded.

Original interview and See the FULL RESOLUTION IMAGE at http://www.gigapixelperu.com

Jeff, why do you use GigaPan?

I believe that a good photo is one that allows the viewer to see the world in a new way and gigapan does just that. I think that people get more out of the images by being able to explore them and discover things rather than just taking a quick look then moving on to something else.

I also like the way that gigapan combines science and technology to create art. I love computers, technology and technical things, and I also like being creative, when I use gigapan I get to use the creative and analytical sides of my brain at the same time so its really fun!

What inspired you to take this image?

As soon as I purchased my gigapan and brought it back to Peru I knew that Machu Picchu would be a perfect target. I didn’t know that it would be such an adventure to take the picture!

What are your favorite parts about the image?

I think that my favorite part of the image is a person standing on top of one of the mountains in the background. Before I explored the image I never even new that it was possible to climb up there.

Did you have any challenges while shooting?

I had a few challenge while shooting. Some of the software that I connect the camera to my computer froze and I had to restart the camera and the software then I had to find exactly where in the image the software froze then back up and reshoot the missed images. If I didn’t capture all of the missing images the entire project would have failed.
I also had security guards constantly asking to see my photo permits and some of the tourists blocked my view so I had to pause shooting and wait for them to move.
Stitching such a big image was also a challenge because I only have a laptop. My friend Eric Hanson from Xrez Studios did the stitching for me. Paul Heckbert uploaded the picture for me and Susan Thesing was a great help by coordinating everything with gigapan. Without these people the image would not have been possible.

I think that gigapanners should go out there and shoot lots of images and upload them to gigapan.com. Gigapan is an amazing source of high-resolution images. I can’t wait to see what future programmers will be able to create using these images.

Are there other images you have taken with GigaPan outside of Peru that you enjoyed taking?

I haven’t really been outside of Peru with my gigapan although I would like to take a really high-resolution shot of the Miami skyline. It has already been done but I think that it just be a fun thing to do.

Was there a specific timeframe (time and season) you chose to take this photo of Machu Picchu?

I took this at the end of the dry season so I wouldn’t get rained on. Just as the picture was finishing the clouds moved in.

What do you hope to achieve by taking a gigapixel image of Machu Picchu?

Machu Picchu is one of the Seven Wonders of the World and is often referred to as the “Lost City of the Incas”, it is perhaps the most familiar icon of the Inca World.  In 2008, the World Monuments Fund placed Machu Picchu on its Watch List of the 100 Most Endangered Sites in the world because of environmental degradation due to tourism.  Beautiful, historical and threatened, I believe that this remarkable site deserved a remarkable photo. I think that this image can help preserve this amazing place and bring more awareness to the site, its history and its endangered state.

Have you had any interesting feedback about the image?

I haven’t shown many people the image but everyone that has seen it likes it. My parents especially like it.

Since many of your images are taken in Peru, what do you love about the country?

I moved to Peru about 6 years ago. I was only going to stay for 2 months then move on but once I started exploring the country I just kept staying and never left. Peru has everything from some of the driest deserts on earth to huge mountains that are over 22,000 ft tall. They also have the amazon rainforest where I work giving photography tours. They also have tons of culture from Quechua and Aymara “campesinos” in the highlands to indigenous tribes in the jungle.

Do you have plans to shoot more gigapixel images in the near future? Where? When?

I love hiking in the mountains so I would like to climb a mountain and take a huge panorama of the Andes. I might do this next year. 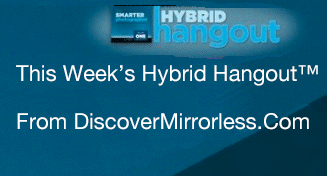