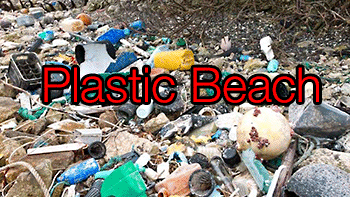 “In the Greek mythology, Sisyphus was a king who was cursed to roll a huge boulder up a hill, only to watch it roll back down, and to repeat this throughout eternity.

A beach cleanup on Midway Atoll made us feel just like Sisyphus.”

There are millions of tons of plastics present in our oceans, and these are constantly fragmenting into smaller and smaller pieces which are scattered throughout the water column and present, in different densities, throughout all the worlds oceans.

Contrary to what many people believe, there are no visible islands of trash anywhere –even if some areas, like the gyres, accumulate higher densities of plastic pollution. In actuality, what is happening is much more complex and scary: our oceans are becoming a planetary soup laced with plastic.

To make thing worse, these tiny pieces of plastic are extremely powerful chemical accumulators for organic persistent pollutants present in ambient sea water such as DDE’s and PCB’s. The whole food chain, from filtering invertebrates to marine mammals are eating plastic and /or other animals who have plastic in them. This means that we are. Like the albatrosses on Midway, we carry the garbage patch inside of us.

Cleaning up this mess is not feasible, technically or economically. Even if all the boats in the world were put to the task somehow, the cleanup would not only remove the plastics but also the plankton, which is the base of the food chain, and is responsible for capturing half of the CO2 of our atmosphere and generating half of the oxygen we need to breathe.

But even if this problem was solved too somehow, the amount of plastic that we could capture, at an immense cost, would be a drop in the bucket as compared to the amount that flows into the ocean every day.  No matter how hard we push, in terms of technology or money, the boulder will be rolling back down the hill, throughout eternity, unless we stop putting more plastics into our environment.

The good news is that we can do this. We can do this now. We need to start a social movement that spreads virally and creates a critical mass of concerned citizens who pledge to move away from our disposable habits, and who raise their voice to reject and reverse a throwaway culture that might be profitable for a few large corporations, but whose consequences are intolerable for humanity as a whole.  We must mobilize the population to begin to reject plastic packaging of all types that are non-biodegradeable, whatever the source, but especially those plastics derived from oil.  Plastics derived from oil are a double environmental whammy, first from the oil extraction and refining, and ultimately from the long lived environmental pollution of our seas.

Written and narrated by: Manuel Maqueda 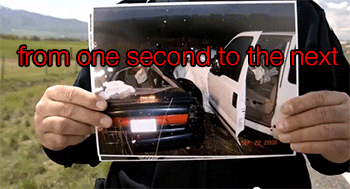