Not to be outdone by the GoPro4, Sony unleashed their latest entry into the personal action camera space at CES 2015.  The FDR-X1000V is a serious competitor as well, besting the GoPro4 in several ways from the specifications at least.  It also is a stunning upgrade to the excellent Sony HDR-MV1 I have been reporting on for the past few months.  To begin with, it shoots Ultra HD 4k video (3840 x 2160 @30p 100Mbps/60mbps), sports a Carl Zeiss Tessar lens with a wide 170 degree field of view, and is censored up with the great Exmor R Back Illuminated CMOS sensor along with Sony’s proprietary BIONZ X processor. 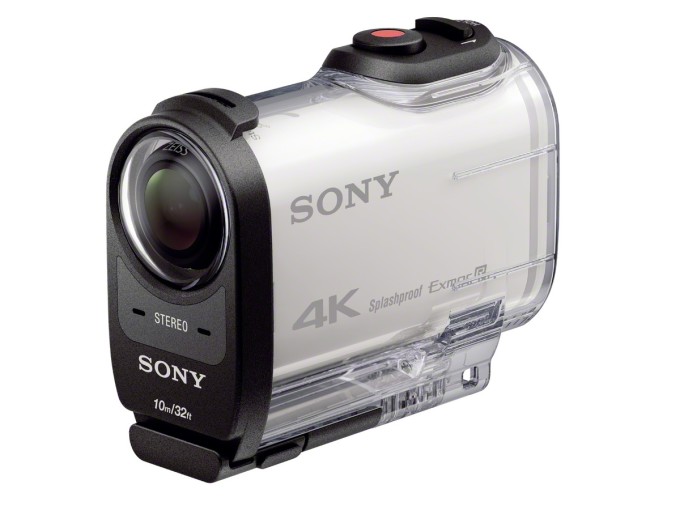 Pretty powerful stuff for a simple action cam, without a doubt.  But the good news doesn’t stop there.  Additionally, the new camera borrows the acclaimed full pixel readout technology from other high-end Sony cameras including the popular A7S.   This allows the camera to read and process data from all of the sensor’s pixels to create exceptionally smooth, highly detailed 4K and HD videos in a variety of formats including MP4 and the high data stream XAVC S codec.  My question is will Sony also include the incredible S-Log2 profile to go with it?

“I’m thrilled to bring the unmatched clarity and sharpness of the Sony 4K experience to our Action Cam line,” said Patrick Huang, director of the camcorder business at Sony Electronics. “The innovative design and impressive technology in the new X1000V reflect our strong 4K background and intense commitment to the POV camera market.” 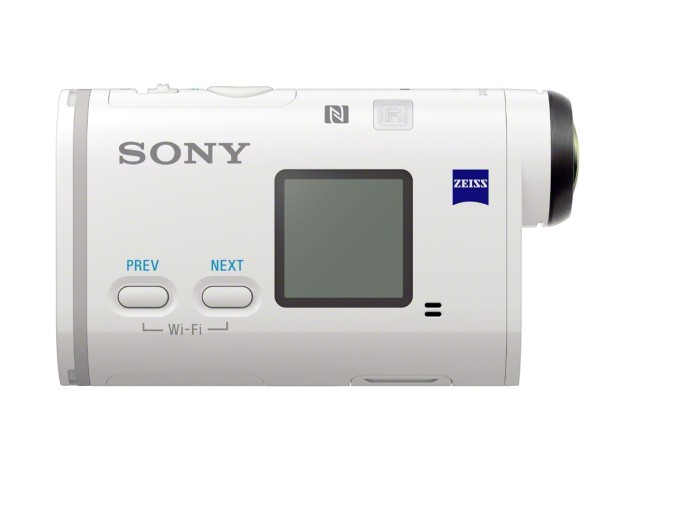 Sony has already put a prototype of the FDR-X1000V in the hands of famed skateboarder Tony Hawk. “I’ve been lucky enough to test out the new 4K Action Cam on my skateboard, snowboard and surfboard, and have been blown away by the video quality” said Tony Hawk, professional skateboarder and official Team Action Cam member. “The camera excelled in every shooting environment, producing stunning 4K footage unlike anything I’ve ever seen before out of a POV camera.”

The camera can also shoot HD video footage at extremely high frame rates of 120 fps in Full HD and 240 fps in standard HD for impressive slow-motion footage, and has clean HDMI output for recording to an external device, though frankly I have to wonder how many of us are interested in connecting an Atomos Shogun to an action cam to record the 4k video when the FDR-X1000V has 4k recording capability right on board. On the audio front, the new Action Cam adds wind noise reduction that minimizes wind interference with the stereo microphone, ensuring the best possible sound experience.

For the more advanced user, there is an expanded scope of manual controls and setting adjustments including white balance, and auto exposure shifting. Loop recording is also available, allowing users to maximize usage of available memory card space to ensure they get the exact shot they are looking for. The camera also features live streaming capabilities through the U-STREAM® platform, burst still image shooting, Motion Shot LE and a variety of other  interactive features.

In addition to the new 4K model, Sony has also introduced the sleek Action Cam HDR-AS200V, which shares many of the same advanced features and exciting technologies as the X1000V including full pixel readout image, improved image stabilization, clean HDMI out and upgraded manual controls. The AS200V can shoot full 1080p HD/50Mbps video5 at 60 fps, 720p HD video at 120 fps and WVGA video at 240 fps. 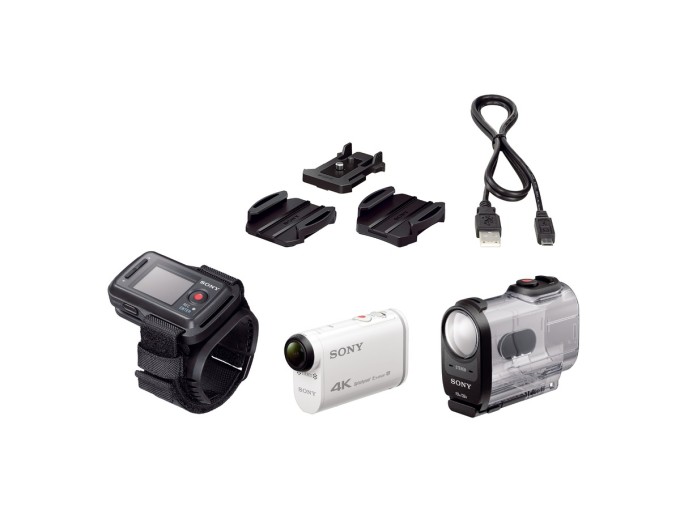 Sony’s new RM-LVR2 live view LCD remote is waterproof up to 3m (approx. 10ft) and features extensive control over the X1000V and AS200V action cam including start/stop recording, movie playback (without sound) and deletion of unwanted files. It is also extremely useful for checking framing prior to shooting.  Users can also utilize Sony’s PlayMemories Mobile application – available for both Android and iOS – to control the new Action Cam with a smart device via Wi-Fi. Multi different cameras can be controlled simultaneously using either the live view remote or a connected smart device and PlayMemories Mobile application.

The X1000V and AS200V cameras are also equipped with built-in GPS, allowing users to utilize the provided Action Cam Movie Creator software to produce custom videos with GPS Data Overlay. The software can also be used to merge multiple video files together and to add custom background music to content as desired.

Sony say they will be releasing a new mobile application that offers customers a simple approach to pro-level video editing. The official ‘Action Cam App” will be available for download on both Android and iOS platforms in Spring 2015.

There are also a variety of new accessories for the expanding Action Cam lineup, including the VCT-HSM Helmet Side Mount which easily adjust angles for better shooting angles, and the VCT-BDM Board Mount that adheres safely and securely to a snowboard or surfboard.

Both cameras and camera bundles will be available this March at Sony retail stores and other authorized dealers nationwide.