Top
This Land Is Mine! - The Camera Forum®
fade
49181
post-template-default,single,single-post,postid-49181,single-format-standard,eltd-core-1.2.1,flow-ver-1.7,,eltd-smooth-page-transitions,ajax,eltd-blog-installed,page-template-blog-standard,eltd-header-type2,eltd-fixed-on-scroll,eltd-default-mobile-header,eltd-sticky-up-mobile-header,eltd-dropdown-default,wpb-js-composer js-comp-ver-6.8.0,vc_non_responsive

This Land Is Mine!

This Land Is Mine!

Because you can’t tell the players without a pogrom!  A brief who’s-killing-who-how-and-why history of the land called Israel/Palestine/Canaan/the Levant – the most fought-over piece of real estate in human history. A biting satire and poignant comment on how violence never settles anything from award-winning US animator, Nina Paley.  Downloaded for FREE from www.mishorts.com  Nina Paley created this animated history of the ancient lands at one time called Israel, Palestine, Canaan and the Levant. She also created this most excellent viewer’s guide.  Because you can’t tell the players without a pogrom!  Nina clearly has an excellent eye for the truth as well as quite a talent for 2D animation.

Who’s Killing Who? A Viewer’s Guide

Because you can’t tell the players without a pogrom!

And because I have a soft spot in my heart for every artist who creates an excellent animated GIF. From Nina Paley at www.mishorts.com

Early Man
This generic “cave man” represents the first human settlers in Israel/Canaan/the Levant. Whoever they were.

Canaanite
What did ancient Canaanites look like? I don’t know, so this is based on ancient Sumerian art.

Egyptian
Canaan was located between two huge empires. Egypt controlled it sometimes, and…

Assyrian
….Assyria controlled it other times.

Israelite
The “Children of Israel” conquered the shit out of the region, according to bloody and violent Old Testament accounts.

Babylonian
Then the Baylonians destroyed their temple and took the Hebrews into exile.

Greek/Macedonian
No sooner did Alexander conquer everything, than his generals divided it up and fought with each other.

Ptolemaic
Greek descendants of Ptolemy, another of Alexander’s competing generals, ruled Egypt dressed like Egyptian god-kings. (The famous Cleopatra of western mythology and Hollywood was a Ptolemy.)

Hebrew Priest
This guy didn’t fight, he just ran the Second Temple re-established by Hebrews in Jerusalem after the Babylonian Exile.

Maccabee
Led by Judah “The Hammer” Maccabee, who fought the Seleucids, saved the Temple, and invented Channukah. Until…

Roman
….the Romans destroyed the Second Temple and absorbed the region into the Roman Empire…

Byzantine
….which split into Eastern and Western Empires. The eastern part was called the Byzantine Empire. I don’t know if “Romans” ever fought “Byzantines” (Eastern Romans) but this is a cartoon.

Arab Caliph
Speaking of cartoon, what did an Arab Caliph look like? This was my best guess.

Crusader
After Crusaders went a-killin’ in the name of Jesus Christ, they established Crusader states, most notably the Kingdom of Jerusalem.

Mamluk of Egypt
Wikipedia sez, “Over time, mamluks became a powerful military caste in various Muslim societies…In places such as Egypt from the Ayyubid dynasty to the time of Muhammad Ali of Egypt, mamluks were considered to be “true lords”, with social status above freeborn Muslims.[7]” And apparently they controlled Palestine for a while.

Ottoman Turk
Did I mention this is a cartoon? Probably no one went to battle looking like this. But big turbans, rich clothing and jewelry seemed to be in vogue among Ottoman Turkish elites, according to paintings I found on the Internet.

Arab
A gross generalization of a generic 19-century “Arab”.

British
The British formed alliances with Arabs, then occupied Palestine. This cartoon is an oversimplification, and uses this British caricature as a stand-in for Europeans in general.

Palestinian
The British occupied this guy’s land, only to leave it to a vast influx of….

European Jew/Zionist
Desperate and traumatized survivors of European pogroms and death camps, Jewish Zionist settlers were ready to fight to the death for a place to call home, but…

….so were the people that lived there. Various militarized resistance movements arose in response to Israel: The Palestinian Liberation Organization, Hamas, and Hezbollah.

Backed by “the West,” especially the US, they got lots of weapons and the only sanctioned nukes in the region.

Guerrilla/Freedom Fighter/Terrorist
Sometimes people fight in military uniforms, sometimes they don’t. Creeping up alongside are illicit nukes possibly from Iran or elsewhere in the region. Who’s Next?

The Angel of Death
The real hero of the Old Testament, and right now too.

Note: If you want to support this project, please notice I have Paypal and Flattr buttons. TAX-DEDUCTIBLE donations accepted via the nonprofit QuestionCopyright.org. 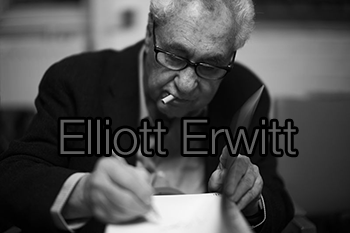