These rules were originally tweeted by Emma Coats, freelance director of films, boarder of story, sometimes public speaker, and a former Pixar Animation Story Artist.  Emma has since moved on to directing her own projects and advising others how to make theirs.   Reading her great blog at  storyshots.tumblr.com ,  I’m sure even in her new rolls she finds these basic rules of great value.  One of the biggest things I see missing from the hoards of YouTube video pouring over the internet is a reasonable semblance of story.  Emma understands this subject better than anyone I’ve read.

Understanding story, and how I can tell a good one visually, is probably the single hardest thing I face as a still photographer moving into Hybrid Storytelling.  With video, everything is in constant motion, all in support of the story.  I have had some of my best video clips “in the can” and once into the edit of the movie, I’ve found they  just do not fit.  Instead of seeing my glorious clips proudly displayed on YouTube’s “small screen” they lie dormant, archived on my RAID array in hopes that another story down the road may use them.

The difference between a professional still photographer and a professional videographer, both  moving into Hybrid Storytelling, is their background training.  While they both tell visual stories, their working methods are very different.  The still photographer sets up his tripod and lights, then calls the model into the chosen spot.  A few minor adjustments, and he starts shooting.  He may decide to move the camera position for a different angle using the same lighting setup, or he may adjust the lighting to better sculpt it for the new angle.  I’ve worked from position comps or lighting diagrams most often, but I’ve also worked with art directors who preferred to just “wing it” and see what moments can be captured in the flow.  In most cases, camera movement was to be avoided at all costs because it would ruin or blur the focus.

The videographer/DP (Director of Photography) shows up on set, looks over the storyboards, decides the first setup, lights it with the actors present, and then begins filming.  They may take two or three “cuts” of the same shot.  Then he moves the lights, and films some more.  Then he moves the camera.  Then he moves the lights & the camera together.  Their focus is on multiple views of the same subject or action, all intended and planned to help move the story along.  I’ve watched some of the good ones dance around the set like honey bees in a clover field, pausing frequently to sip the nectar, but constantly in motion.  Nothing that does not add to the story is shot.  Every shot, camera angle, and lighting setup is planned in advance, then adjusted on set as necessary.  Very rarely is anything captured “by accident.”

I can not make the point strongly enough, without a good story nothing you or I do in Hybrid Storytelling will ever be seen by more than our closest friends.  Even they won’t bother forwarding the links on, and they are the people who know and love us the most!  Why would anyone else bother?  So in that vein, with the hope that these rules will help you find the story artist inside each of you, I am reprinting Emma Coats statement on Pixar’s 22 Rules of Storytelling.  Obviously, these rules were designed for use in animated productions, cartoons in particular.  Use your imagination, and you will see how universal they are and how closely they may apply to your own work, as I am finding them of value in mine. 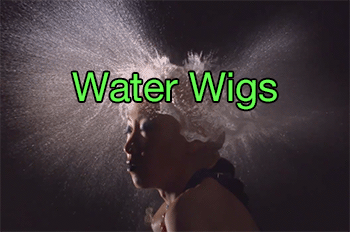 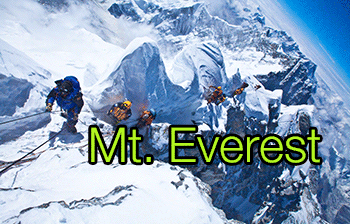