Hot on the heals of the announcement of the Sony Alpha A7S pricing comes what could easily become the star of the Sony show.  Scheduled to ship in June, the new Sony pocket-sized RX100 III is the latest evolution in the venerable line of Sony pocket cameras, and boy is it a serious contender in its category. 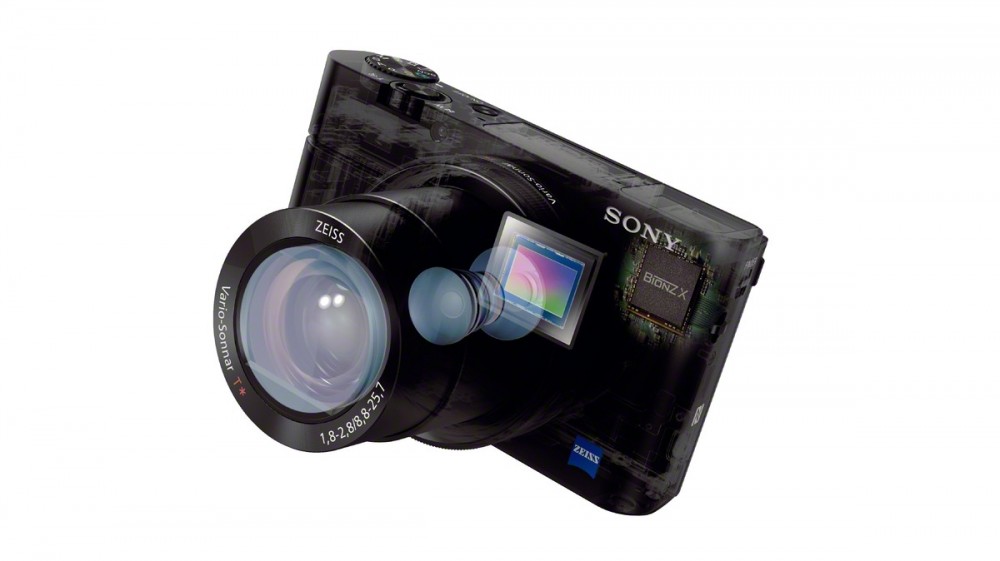 I love my full-frame A7R, but for the past six months I’ve been on a camera hunt for a perfect pocket companion set of cameras to pair with it. I’ve become a vocal proponent for the “Tell Me Three Times” video school.  We like to have as many angles as possible to choose from to tell my story in the edit, so I need at least two or possibly more small, compact pocket cameras to use for the other stationary angles, while I run camera on the main narrative.  I’ve tested compact full-frame cameras like Sony’s A7, rangefinder lookalikes like the Fuji X100s, Canon’s 5D Mark III, Panasonic’s GH3 and even considered camera extremes like the Zoom Q4  or current 4k smartphones. Sony’s newly announced RX100 MK3 may finally be what I’ve been looking for. 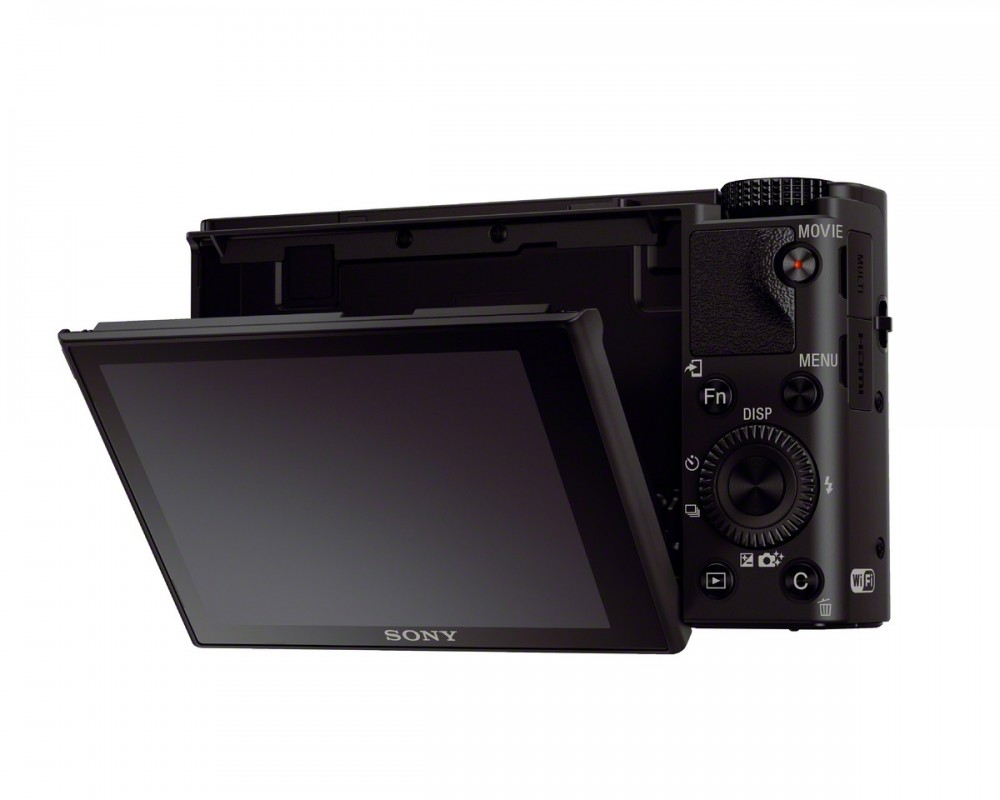 Leave it to Sony to ferret out once again just exactly what I want.  For me, the biggest deal with this latest upgrade is Video. XAVC-S, and non line skipping video capture is going to make this little camera a movie making machine. As with the A7S, non line skipping video capture means aliasing is a thing of the past, and sharp crisp edges are in.  The focal length range is going to be good enough for most of my shooting requirements. For my multi-cam live event coverages, these cameras on paper look to be superb. 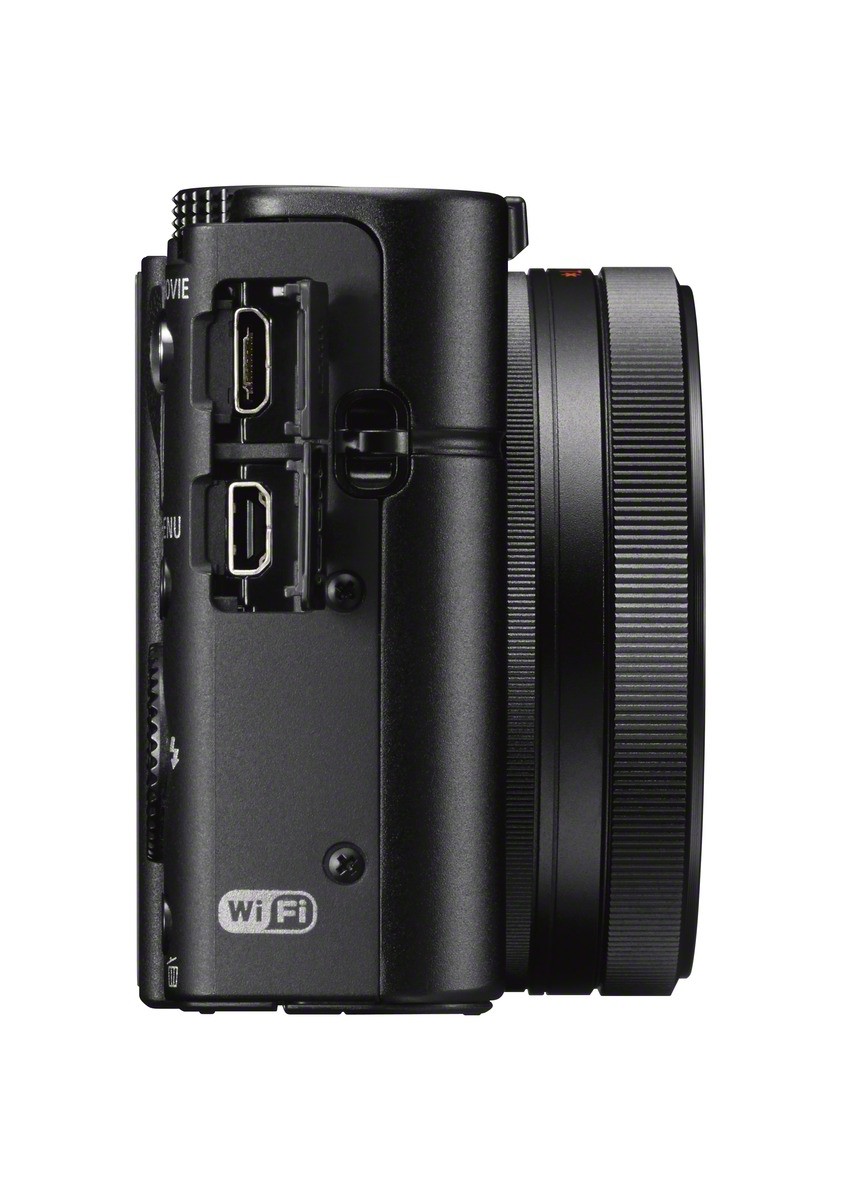 Sony seems to be the new leader of the pack in camera technology circles.  The medium format 50MP CMOS sensor that also does video capture, as example.  For artists such as myself who are continually pushing the edges, the Sony technology stands out as the best choice in all categories.  My mouth waters at the thought of ISO 50,000 images from the A7S only slightly more than it took my breath away seeing the landscape stills with my A7R for the very first time.  I shoot in conditions of low light, not so much by choice as by circumstance of the type of work I enjoy producing.  Musicians come out at night, and so do I.  Maybe one day soon an RX100 III will be taking a stroll with us.   I’ll report back after testing it.  Sony has promised to  mark me down as interested in receiving a review unit so I will keep you posted once they become available.  Heck, at the $800 MSRP, this could prove to be the little pocket camera that could.

So what do others think of the new Sony RX100 III?  Let’s go find out!  Our favorite Canadian reviewers at TheCameraStore.TV have been up to their usual high quality adventures, and already got their hands on an RX100 III, so let’s see what they think of it in the hands on field test below.

SAN DIEGO, May 15, 2014 – Building on its lineup of acclaimed compact cameras, Sony Electronics has introduced a new addition to its popular Cyber-shot RX series – the pocket-sized RX100 III camera.

“Sony continues to push the modern limits of engineering and innovation with our Cyber-shot RX family of products” said Patrick Huang, director of the Cyber-shot business at Sony Electronics.  “With the new RX100 III model, we’ve added a brighter, wider aperture lens and an impressive retractable OLED EVF, while also utilizing the latest Sony imaging technologies to boost the camera’s processing speed and efficiency.  And we’ve done this without sacrificing any of the true ‘pocketability’ of our RX100 line, creating an especially unique compact camera unlike anything else in market today.”

The unique new ZEISS lens on the RX100 III camera covers the popular 24 -70mm1 focal length with a wide F1.8 – F2.8 aperture.  This is particularly noteworthy at the 70mm telephoto end of the lens, where the maximum F2.8 aperture allows it to gather about twice as much light as the RX100 and RX100 II models (at 70mm), ensuring that portrait subjects can be captured against beautiful background defocus.  The wide aperture also allows the lens to capture moving subjects clearly without any blur due to camera and/or subject shake.

The versatile new lens is capable of capturing dramatic landscapes or large group photos at the wide 24mm length while also boasting impressive macro shooting capabilities throughout the focal range.  For example, it can still focus accurately as close as 30cm from the front of the lens (working distance) when fully extended.  There’s also a built-in 3-stop (1/8) neutral density filter that adds to shooting flexibility in a wide range of outdoor conditions.

The new ZEISS lens realizes outstanding corner-to-corner sharpness, with nine total aspherical glass elements including two advanced aspherical elements that have been cemented together – a world’s first in lens manufaturing2.  This results in an ultra-compact physical footprint while maintaining a wide maximum angle of view.  Additionally, the 24-70mm lens1 features ZEISS T* coating that minimizes flare and ghosting and a seven-blade circular aperture that enhances ‘bokeh’ background defocus.

Largely based off of customer feedback on existing RX100 series cameras (RX100 and RX100II), the new RX100 III adds a versatile, high-quality OLED Tru-Finder™ electronic viewfinder.  The EVF has an impressive 1.4 million dot resolution, adding exceptional brightness and clarity to the overall framing and viewing experience, and handily pops in and out of the top of the camera body based on shooting preferences.  This allows the camera to operate in the traditional ‘rangefinder’ style without sacrificing any of its portability or compactness.

The high-resolution sensor is paired with the evolved BIONZ X image processor introduced in the α7, α7R models this past fall.  Around three times faster than the BIONZ processing engine in the RX100 and RX100 II models, it employs detail reproduction, diffraction-reducing and area-specific noise reduction technologies that allow the camera to produce amazingly detailed images and Full HD videos in all types of lighting conditions.

The new RX100 III model is equipped with a host of HD video capabilities to satisfy the most demanding enthusiasts.

The new compact is the first Cyber-shot model to offer high-resolution HD video recording in the XAVC S format, which allows for full HD recording at a data rate of 50 mbps with lower compression for improved video quality.  Additionally, with the power of the BIONZ X processor, the camera is able to read, process and output data from all of the sensor’s pixels during video recording, ensuring that it produces the highest quality video possible by eliminating aliasing, moiré and false color artifacts.

Other video features include a ‘clear’ HDMI® output for reviewing footage on an external monitor, 120 fps recording at 720p HD resolution and zebra pattering on the LCD and built-in EVF.  The camera also has dual video recording capability (XAVC S / AVCHD files4 along with MP4 files), which allows users to shoot a high bit-rate video for storage or editing purposes while also recording a lower bit rate video that’s optimized for sharing via Wi-Fi®.

Despite its small “pocketable” size, the new RX100 III features many opportunities to adjust common shooting settings, including a ‘Fn’ key, customizable control ring and a “C” custom button with more than 40 assignable functions.

New to the RX series, the RX100 III model features an articulated LCD that can tilt upward by about 180 degrees for self-portraits and all the way downward to approximately 45 degrees for high-angle shots.  The camera also can output still images in 4K resolution6 with full wide-gamut TRILUMINOUS Color support when connected to compatible 4K televisions.

The RX100 III camera has built-in Wi-Fi, giving consumers one-touch connection with Xperia® or NFC-compatible Android™ smartphones or tablets for instant image transfer and sharing2.  A single touch also activates Smart Remote Control, linking the camera with a smartphone or tablet for a live image preview, to fire the shutter from a distance and to review shots instantly.

The Cyber-shot RX100 III compact camera will be available in June for about $800.  The camera and a range of compatible Cyber-shot accessories will be sold at all Sony retail stores (www.store.sony.com) and other authorized dealers nationwide.

For a full video preview of the new RX100 III camera, visit www.blog.sony.com, and please follow #SonyCamera on twitter for all the latest Sony Electronics camera news and updates.

2 As of the official May 16, 2014 release date. Based on Sony survey of of glass aspherical elements used on digital cameras.

3An SDXC memory card with a Class 10 or higher speed rating is required for XAVC S recording.

4 Dual Video Recording is not available when the Intelligent Active Mode is ON, or when XAVC S 120p/60p/50p or AVCHD 60p/50p is selected.

5 The latest version of the PlayMemories Mobile application must be downloaded and installed on your smartphone or tablet computer.