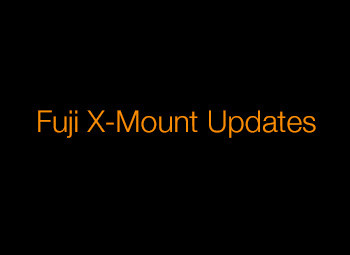 FujiFilm has been on a rampage of late, breathing new found fire into what was formerly a “stately” and rather  “conservative” organization.  Traditionally, the Fuji products have always been good solid professional performers.  I’ve owned several, always first class.  Many of these Fuji designed and built products have been marketed by others.  Hasselblad’s “H” System being one example.

These quality products have not always been backed with the first class marketing and promotion support if they were branded directly with the Fuji brand.  The message has been historically one of product introduction, sales primarily by indirect distribution through marketing partners, and never much of an indication of product planning, future enhancements, or product lifecycle between updates (IF any updates) on Fuji branded products.  Times have changed.  It appears that Fuji has changed with them.

Fuji has launched another revolutionary technology with its X-Trans sensor based camera family.  All the products in this round are good, solid professional grade digital image making tools backed with savvy marketers.  Where competing brands still try to dictate to their installed base, Fuji has realized the value in communicating with its users.  Fuji employees are listening and engaging in an interactive dialog on how to build long term consumer trust in the brand and in the brand’s products.  This is old fashion brand values, genuine pride in the products marketed under the brand.  A brand that cares about having my business, and shows it?  I love that concept.  One of the reasons I bought in.

True to their promise, last week Fuji  released an update to their X-Mount roadmap. 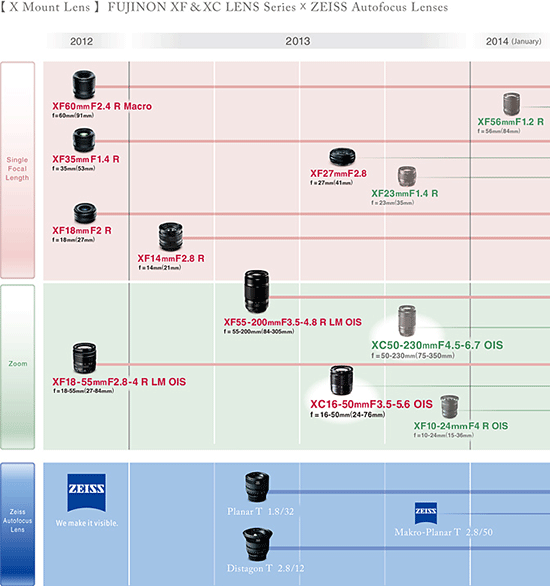 The latest information on the FUJIFILM X-Mount Lens Roadmap

FUJIFILM Corporation (President: Shigehiro Nakajima) is pleased to publish an updated version of the FUJIFILM X-mount lens roadmap. This is further to the last XF lens roadmap issued in April 2013.

A total of 10 high quality Fujinon XF lenses will be on the market by early 2014 and now an additional 2 Fujinon XC lenses have been added to this list. When you combine this with the 3 Zeiss lenses already announced, it brings the total number of X Mount lenses available to 15.

In response to market feedback and requests from users, Fujifilm is expanding its line-up of lenses to offer a new category of XC lens. These are “compact and casual” lenses and are perfectly suited to our mid-range X-M1 compact system camera. They feature all-glass elements and are lightweight and portable.

In conjunction with its X-M1 compact system camera, Fujifilm announced the launch of the first XC lens, an F3.5-5.6 standard zoom lens that covers a shooting range of 16-50mm (24-76mm). Today Fujifilm is announcing a second XC lens, an F4.5-6.7 telephoto zoom lens that covers the shooting range of 50mm to 230mm (75-350mm). This will be available by the end of the year.

Fujifilm will continue to strive for the development of lenses that cover a wide range of focal lengths and offer bright and high resolution reproduction even at the periphery, so that users can enjoy the high resolution features of FUJIFILM X-Series cameras.

Fuji also this week released firmware update version 3.01 for the XPro-1 to correct problems in the week prior release.  Bravo to Fuji for turning this latest update around so quickly.  For those in need of it, it is available for download here: XPro-1 FIRMWARE  And finally, for those who missed it a link to the Fuji X-E1 latest firmware Version 2.0 update is here: X-E1 FIRMWARE 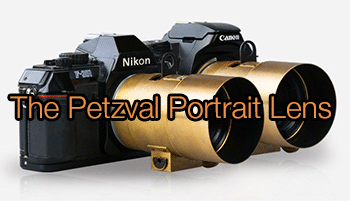 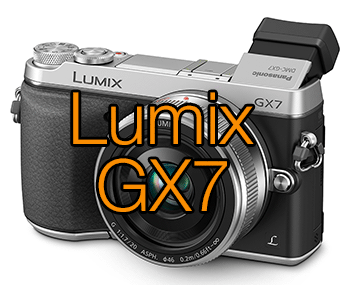