Top
Your Rights As A Photographer In The USA - The Camera Forum®
fade
50013
post-template-default,single,single-post,postid-50013,single-format-standard,eltd-core-1.2.1,flow-ver-1.7,,eltd-smooth-page-transitions,ajax,eltd-blog-installed,page-template-blog-standard,eltd-header-type2,eltd-fixed-on-scroll,eltd-default-mobile-header,eltd-sticky-up-mobile-header,eltd-dropdown-default,wpb-js-composer js-comp-ver-6.8.0,vc_non_responsive

For us to maintain our ancestors hard fought and hard-won rights, we need to constantly exercise them to protect us as average citizens or visitors to the USA from wide spread abuse from those in positions of power and authority. But it certainly helps to actually know what your rights as a photographer are first.

To help fill that need, above you will find a cute 4:19 minute video outlining the rights of a photographer in public places.  With a short intro by Joseph Gordon-Levitt and a “guest appearance” by the cartoon characterization of Ben Franklin, go figure!  Please note, these rights we are talking about here is for public places only!  Private property is a different matter entirely.

Be advised that in America, the common practice by some police forces called to intervene in public places is to simply make an arrest on the scene, and leave the further determination of your rights as a photographer to be sorted out in court later.  Be fore-warned. Make sure that a friend or relative knows where you went and why, should you need assistance later on to secure your freedom.  Just because you have certain legal rights as a photographer is no guarantee they will be respected. 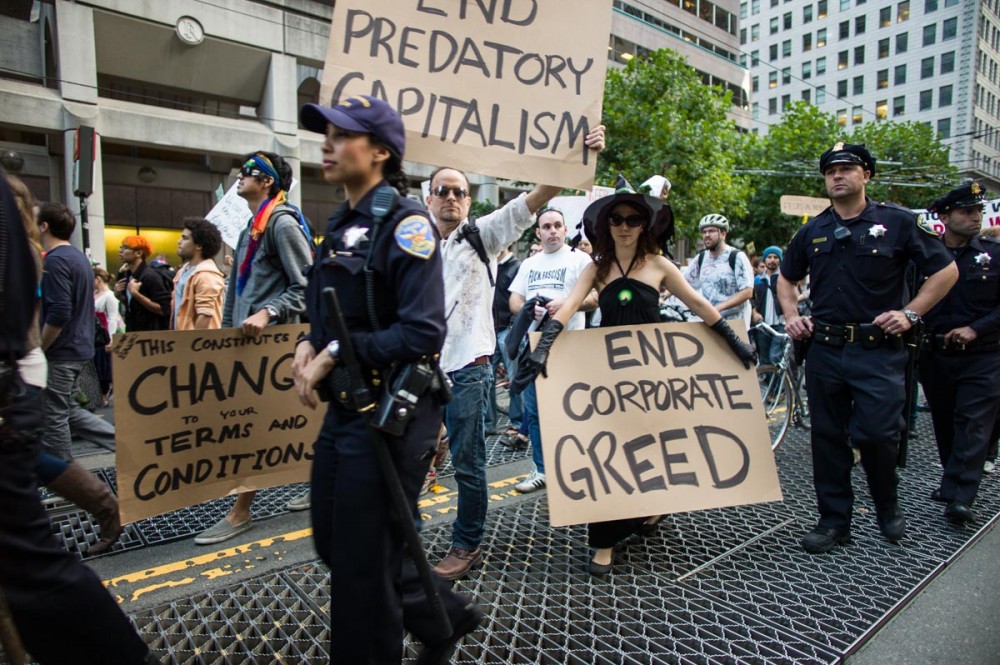 In the USA, you do have certain legal rights as a photographer. Know them!

Speaking for my own experiences, I have always been able to keep just this side of the line dealing with situations involving the police and my rights as a photographer.  That means I have so far been able to keep myself out of jail, though several incidents have occurred where that was not a certainty to happen.  Most often protest situations are volatile at best, with emotions and adrenaline both running high on both sides.  Use caution and always think before you speak or react.  Your safety and the safety of your gear depend upon it.

As of this writing, taking photographs of things that are plainly visible from public spaces is a constitutional right.  Rights as a photographer that includes federal buildings, transportation facilities, police and other government officials carrying out their duties. Unfortunately, there is a widespread, continuing pattern of law enforcement officers ordering people to stop taking photographs from public places, and harassing, detaining and arresting those who fail to comply.  Knowing your rights as a photographer is one of your best defenses if challenged. 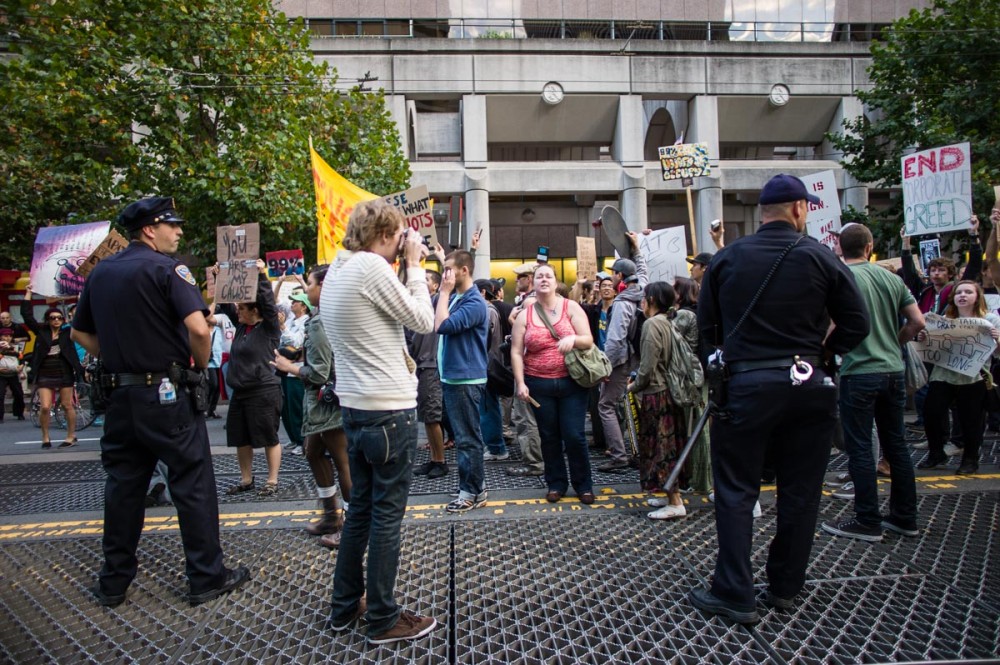 Taking photographs of police in public spaces is a right of every photographer, Citizens and visitors alike.

Your rights as a photographer:

If you are stopped or detained for taking photographs:

With regards to videotaping, there is an important legal distinction between a visual photographic record (fully protected) and the audio portion of a videotape, which some states have tried to regulate under state wiretapping laws.

Photography at the airport

Photography has also served as an important check on government power in the airline security context.

The Transportation Security Administration (TSA) acknowledges that photography is permitted in and around airline security checkpoints as long as you’re not interfering with the screening process. The TSA does ask that its security monitors not be photographed, though it is not clear whether they have any legal basis for such a restriction when the monitors are plainly viewable by the traveling public.

The TSA also warns that local or airport regulations may impose restrictions on rights as a photographer that the TSA does not. It is difficult to determine if any localities or airport authorities actually have such rules. If you are told you cannot take photographs in an airport you should ask what the legal authority for that rule is, and politely remind those in authority that indeed, you do have certain legally protected rights as a photographer.

The ACLU does not believe that restrictions on photography in the public areas of publicly operated airports are constitutional.

Using the ACLU’s “Know Your Rights: Photographers” resource, HitRecord – a collaborative artist production company – produced the animated video above about the right to photograph in public, featuring music by the Gregory Brothers and directed by actor Joseph Gordon-Levitt.  Much of the information presented and featured in this article is derived from the American Civil Liberties Union web site located at: https://www.aclu.org

Please rate this story, and if you got something from it, please share it with your friends!  [ratings]