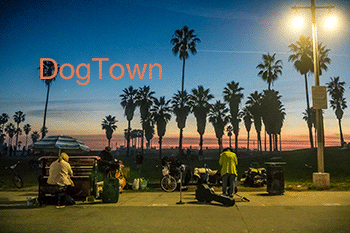 Skateboarding was first started in the 1950s, shortly after I was born.  All across California surfers got the idea of trying to surf the streets. No one really knows who made the first board — instead, it seems that several people came up with similar ideas about the same time.  While several people have claimed to have invented the first skateboard, the truth is nothing can be proved, so skateboarding remains a strange spontaneous creation born from its organic roots in California’s unique surfer culture.  One thing nobody disagrees with – Skateboarding was born in Dogtown.  Dogtown was an area of West Los Angeles, at the time the poorer, slum area south of the Santa Monica Pier that covered Venice Beach and Ocean Park Beaches. 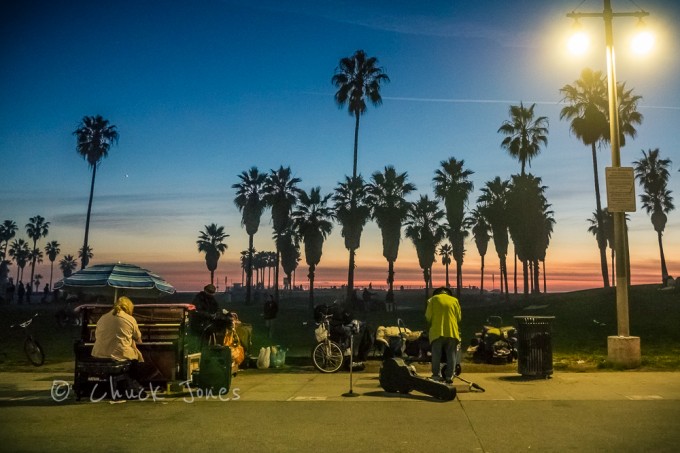 The first skateboarders started with wooden boxes or boards with wheels ripped from old roller skates screwed down on the bottom.  And, as you can imagine, a lot of people got hurt in skateboarding’s early years.  It was a sport just being discovered and explored, so anything went.  With the passing of time the boxes turned into planks, and eventually companies, especially water ski company’s like Burbank Ski Company, started producing decks of pressed layers of wood – plywood – similar to the skateboard decks of today.  At its birth, skateboarding was seen as something to do for fun after surfing, not as the serious sport of it’s own it is today. 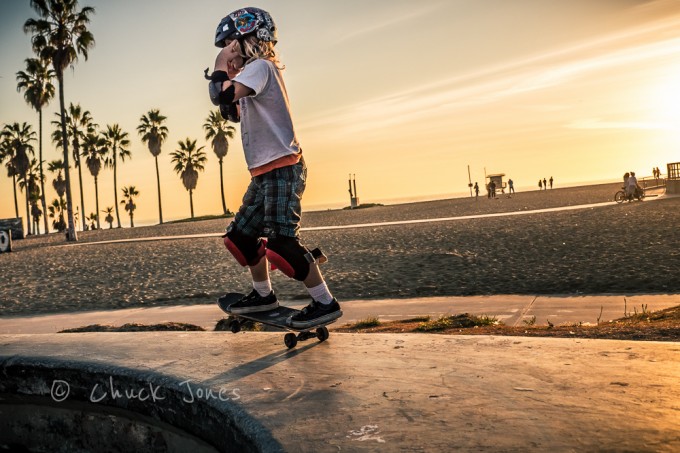 In the early 1960s, skateboarding reached a peak of popularity.  Major surfing equipment manufacturers such as Jack’s, Hobie and Makaha started producing serious quantities of commercial skateboards, and holding skateboarding competitions to promote the sport.  At that time, skateboarding was mostly either downhill slalom or freestyle.  Names like  Torger Johnson, Woody Woodward and Danny Berer were some well known skateboarders who gained both fame and fortune. 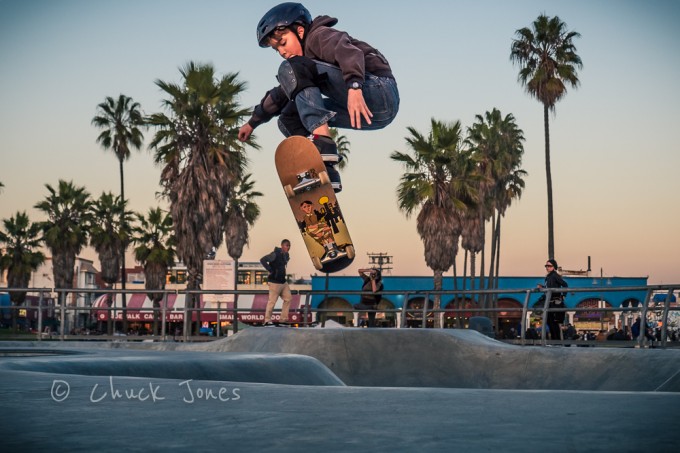 The way those greats performed looks nothing like what skateboarding looks like today.  Their style of skateboarding, called “freestyle”, was more like dancing a ballet or ice skating with a skateboard.  By the mid 1960s, skateboarding’s popularity suddenly crashed.  People assumed that skateboarding was a fad that had died out, much like the hoola hoop and Chia Pet.  Skateboard companies folded, and people who wanted to skate had to again make their own skateboards from scratch.  The Die Hards still skated, though parts were hard to find and boards were all homemade.  Skaters were using clay cast steel wheels for their boards, which made the board extremely dangerous and very hard to control.  But then in 1972, Frank Nasworthy invented urethane skateboard wheels, similar to what modern skaters use today.  Cadillac Wheels was Frank’s company and his invention brought new interest in skateboarding, particularly with skateboarding’s traditional surfers and other young people. 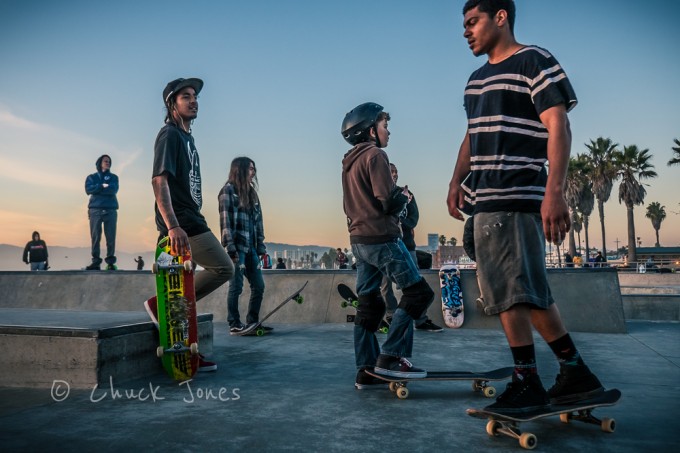 Another simultaneous chance of fate in 1972, Jeff Ho, Skip Engblom and Craig Stecyk started up a surf shop called Jeff Ho and Zephyr Surfboard Productions right in the middle of Dogtown.  Jeff Ho hand crafted surfboards, pushing the limits and ideas in performance surfboard design.  He was unique, cutting edge, and more than a little crazy.  Craig Stecyk was the artist who designed the surfboards’ graphics.  Most surfboards at the time used soft, rainbow images, pretty island scenes, or just plain white fiberglass coating.  Craig pulled his graphics from the local Dogtown graffiti, making Zephyr surfboards reflect the area that they were created in.  Grunge was born! 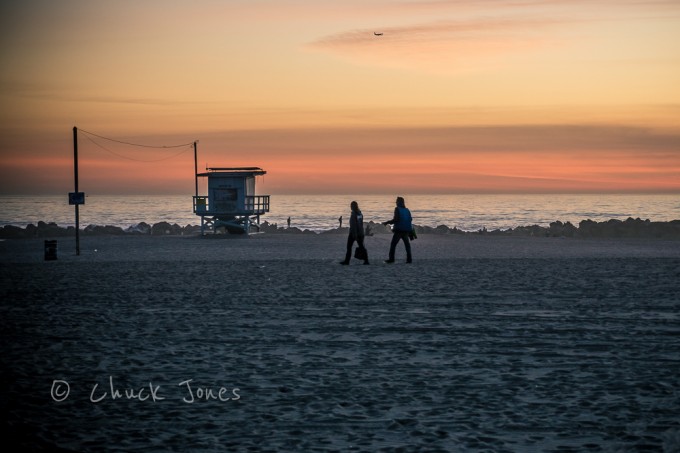 The Jeff Ho and Zephyr Surfboard Productions shop also started up the Zephyr surf team.  The original Zephyr team had twelve members, the most famous being Tony Alva, Jay Adams, and Stacy Peralta.  Dogtown was full of young surfers who had nowhere to go and who were hungry to prove themselves and gain an identity.  The Zephyr team provided just that.  A lot of what went on in the shop was sketchy at best, but these kids came from broken and messed up families, and the Zephyr team provided a home.  In the spring of 1975, skateboarding took an evolutionary boost toward the sport that we see today.  Del Mar, California held a slalom and freestyle contest at the Ocean Festival.  That day, the Zephyr team first showed the world what skateboarding would become.  They rode their boards like no one had in the public eye, low and smooth, and skateboarding was taken from being a hobby to something serious and exciting.   The X-Games were born. 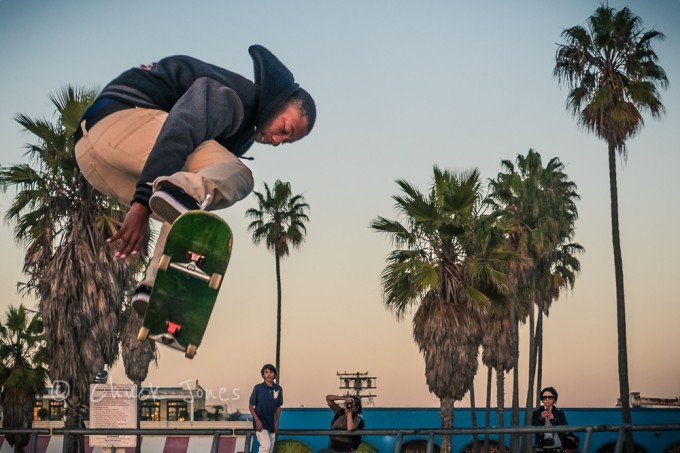 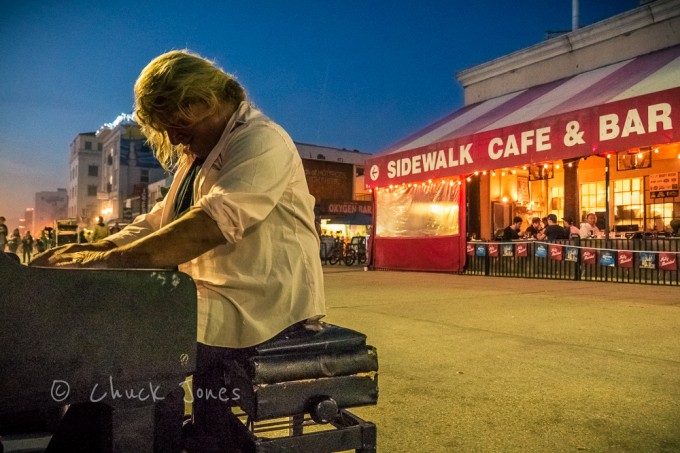 Today Dogtown has grown and changed from the West LA slums it once was.  Skateboarding has come a long way since its humble birth sixty years ago in Dogtown, producing worldwide celebrities and millions of fans.  I decided to take my Lumix GH3 equipped with my Lumix 12-35mm f/2.8 down to investigate what the scene looks like today.  The result is this “Location Portrait” of Dogtown.  The rents are higher, but the spirit of those original twelve Zephyr team surfers is still very much alive and well in Dogtown today. 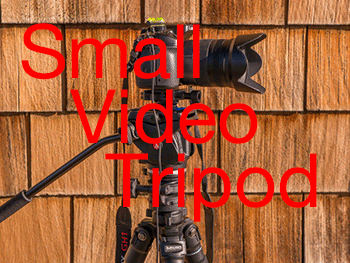 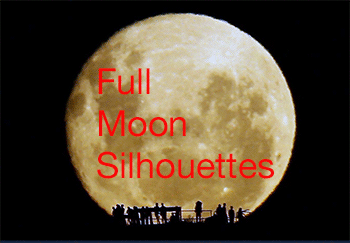