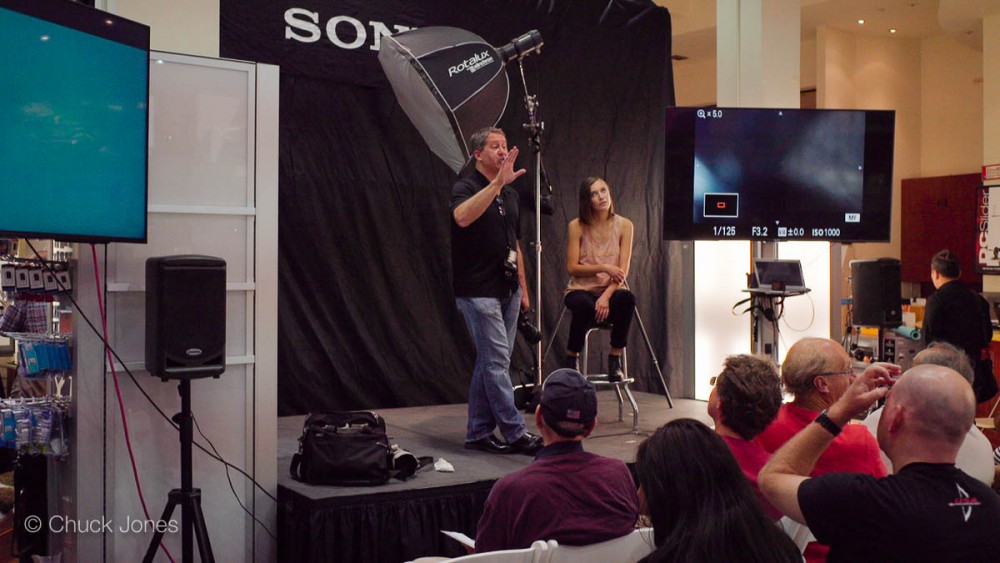 Meanwhile out here in laid back California, we’ve had the long, hot, driest summer on record.  While the temprature’s  been hot the past four weeks, hot also has been Ladera Ranch professional Wedding & Portrait photographer Paul Gero.  In Paul’s case, hot on the trail of learning, unlocking, and understanding the new capabilities found in his Sony A7R II.  Paul is one of the Sony Artisan of Imagery program participants who got his camera the very first day.  He’s been practicing and perfecting techniques using it since, the lucky dog ;=)

Nobody told me that I shouldn’t shave the kitty, so I did… 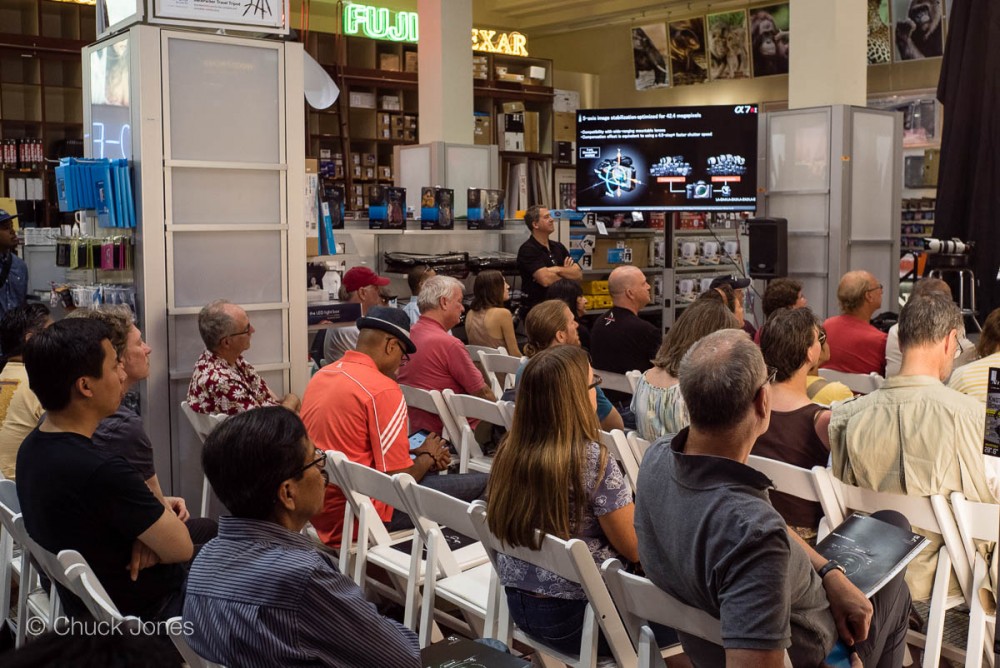 This event drew a record number of attendees for any previous events at Samy’s Camera. It filled three sessions!

Want to know more about the new Sony A7R II?  I figured you would, so when I was invited to the Sony A7R II introduction at Samy’s Camera in LA, I decided to take my trusty Sony A7S with me to cover the event for all of you readers of TheCameraForum.Com.   Join Sony USA Product Manager Kenta Honjo, Sony Senior Technical Representative Rob Shelley, and my good friend Orange County, California Wedding and Portrait Photographer Paul Gero as they introduce the new Sony A7R II camera to what I was told is the largest group of people Samy’s has ever had for a new camera introduction. I was lucky enough to grab the third and final season for those of you who wanted to be there for the Sony A7R Mark II introduction, but were unable to get reservations to attend. All three one and a half hour sessions were completely filled with advance reservations! 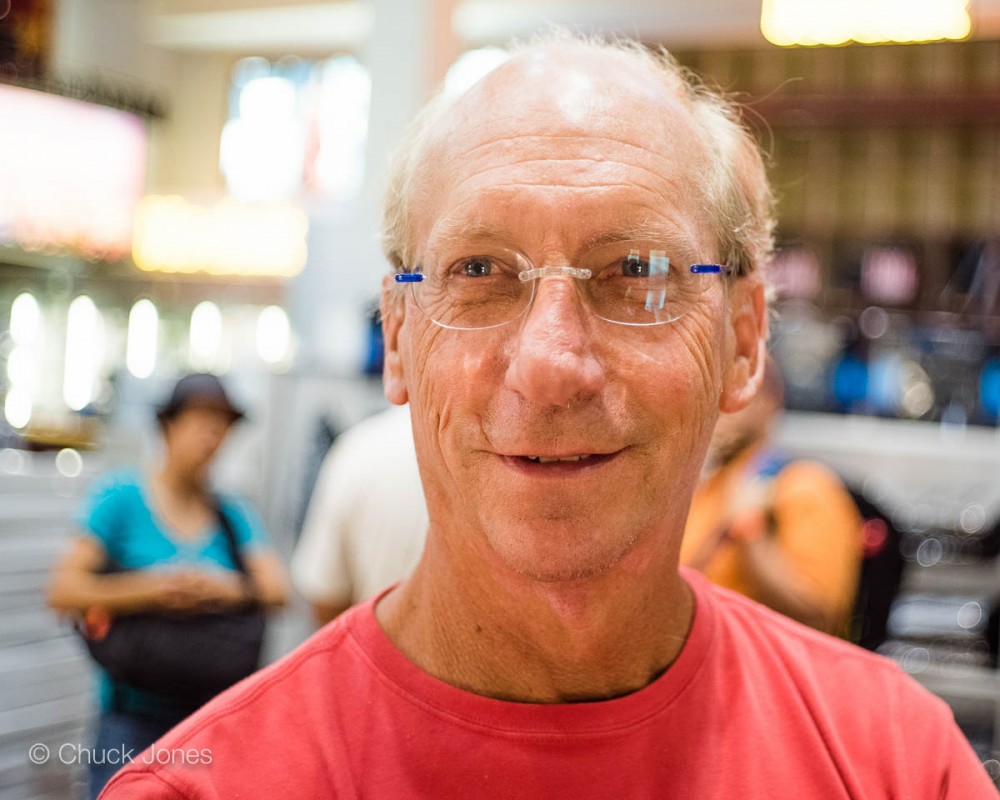 All Of The Attendees I Spoke With Stated This Was A Great Presentation Of The A7R II Capabilities & Strengths.

So how was it? Let me put it this way, I have edited the information down to only thirty three minutes from its original hour and a half. There is so much good information packed into this video I felt was important to include, as the editor I was unable to edit down the size any further without loosing valuable information.  So I’d say this video is positively packed with information for anyone considering the purchase of or operating secrets to a new Sony A7R II camera.

I do apologize for the audio quality. In the normal course, I would reject much of this footage as unusable due to the high wind noise – even using the dead cat as I did. High wind noise indoors? Yep, my camera was directly under Samy’s main air conditioning vent. It was the only available location to stand with a camera that had an acceptable angle view of the stage that did not block any isles or any of the people’s views who physically attended the event. The only reason this spot was open was because nobody wanted to sit in that cold downdraft. It was a room packed full of people, on a hot summer 100 degree Los Angeles day. So the Air Conditioning never quit.

Sometimes filming something is better than showing nothing. This was one of those occasions. 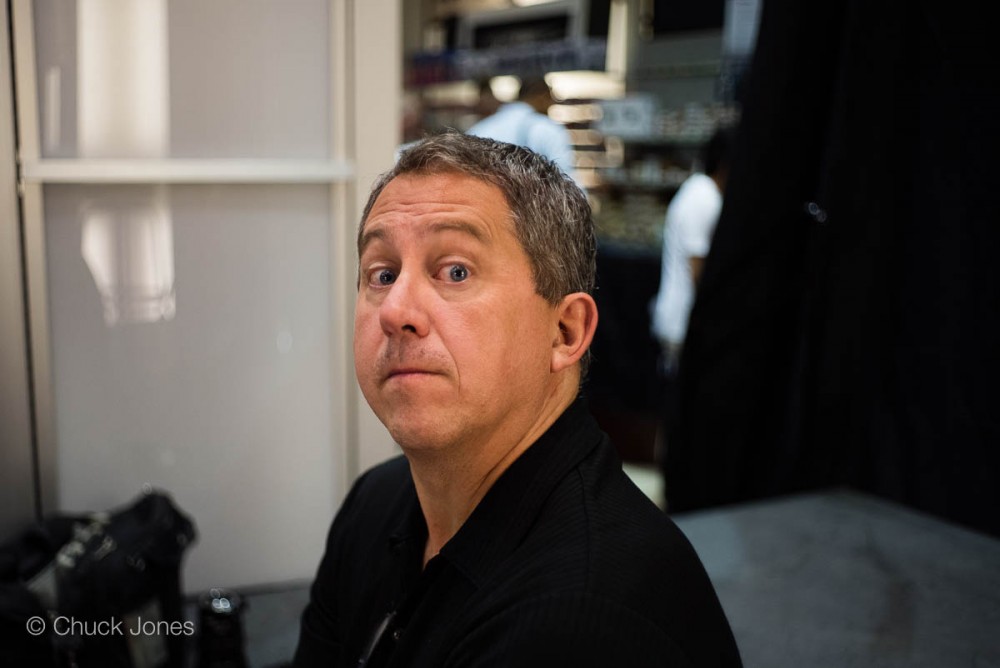 Many thanks to Paul, Kenta, Rob, and all the other Sony staff at the event. And a special thanks to Walter and Samy from Samy’s Camera in Los Angeles for giving up the Downtown Fairfax store’s first floor selling area on a busy Saturday so that we could all see this new camera and begin to learn the finer points on how to use it.

Please rate and share this story with your friends?  [ratings]