Fujifilm has announced another lens for their X series mirrorless digital cameras. The Fujinon XF 56mm f/1.2 R lens is the twelfth lens made for the X-mount cameras and is an impressive portrait-length lens with a very fast maximum aperture, ideal for shallow depth-of-field control and excellent in low-light situations. Its 35mm equivalent focal length is 85mm and its optical design includes two extra-low dispersion elements and one double-sided aspherical element. Exciting stuff to a portrait photographers of all kinds. 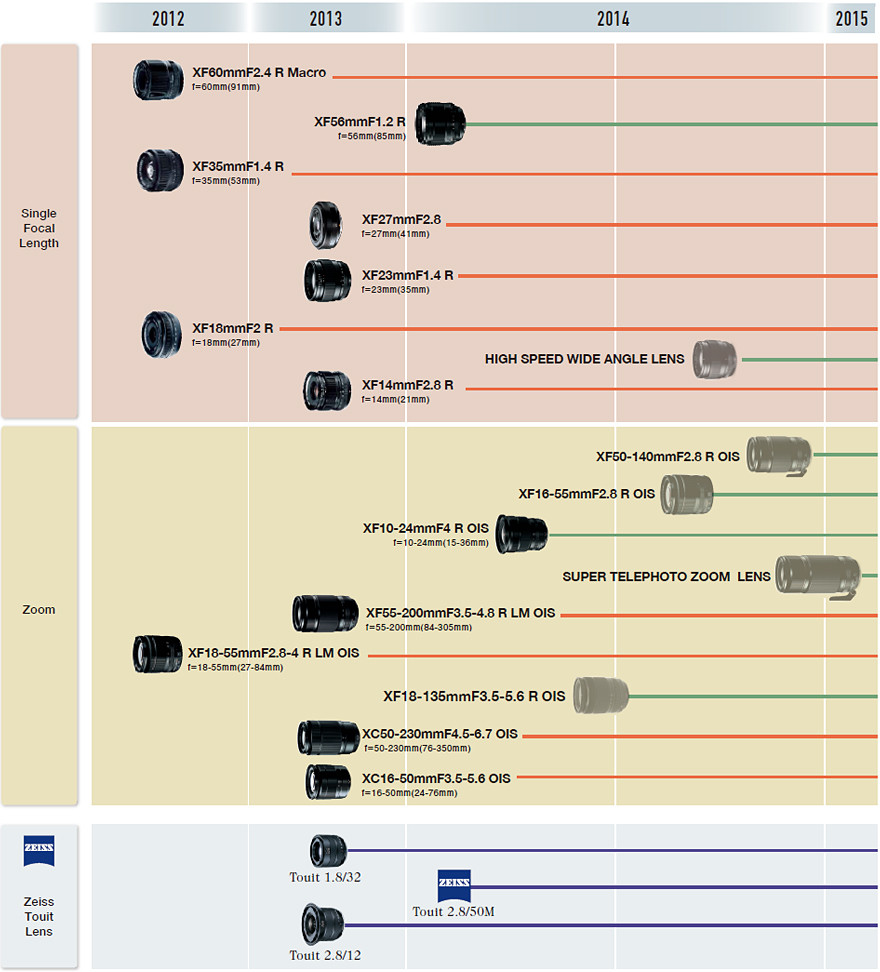 Autofocus should be fast, thanks to an inner focusing system that moves the central and rear lens elements while keeping the front elements stationary. Manual focus control smooth with a wide-focus ring, and the metal aperture ring clicks into place for precise adjustments. When used with the X-E2 camera that supports the Lens Modulation Optimizer (LMO) function, Fujifilm claims the XF 56mm f/1.2 R lens provides enhanced resolving power at all apertures.  Sounds like some background software hocus pocus to me, but so far Fujifilm has been right on the money with its firmware enhancements.  This one is supposed to eliminate refraction effects.  I look forward to testing it, and I certainly look forward to testing this lens.

The lens can be pre-ordered from B&H for February delivery here: PRE-ORDER

FUJIFILM Corporation (President: Shigehiro Nakajima) has announced the release of the FUJINON XF56mmF1.2 R lens. Available from February 2014, this latest addition to the company’s line up of professional-grade lenses for X-series interchangeable-lens cameras features a fast maximum aperture of F1.2, a focal length of 85mm* and delivers beautiful bokeh, making it particularly suitable for high quality portraits.

The XF56mmF1.2 R is less than half the size of an equivalent lens on a full-frame camera ** and offers fast, quiet autofocusing that ensures stress-free shooting for both the photographer and the model. It also delivers incredible resolving power for high quality results that are enhanced by the unique skin tone reproduction technology found in Fujifilm’s X-mount cameras. Using the XF56mm and selecting one of two PRO Negative modes from the Film Simulation menu on the camera body will ensure users can capture beautiful portraits with rich tonal gradations reminiscent of images from film cameras.

Like all other lenses in the XF line up, the XF56mmF1.2 R is designed with an impressive attention to detail. It has a design that sits comfortably in the hand and exterior features including a metal aperture ring for a premium quality feel. 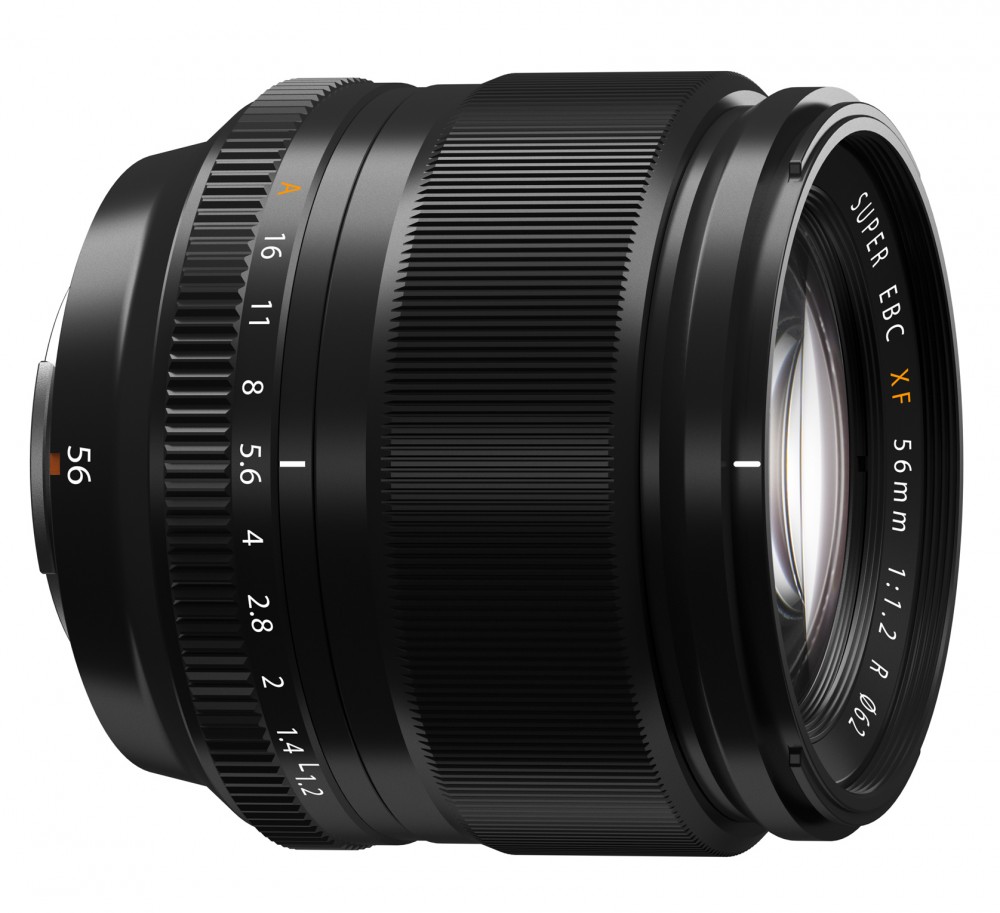 At 85mm equivalent on full-frame, this new Fuji X Lens is my favorite focal length for professional portraits

The lens’ new optical design featuring 11 elements in 8 groups delivers impressive results. The design includes two ED (extra low-dispersion) elements and one double-sided aspherical element, plus four elements with a convex surface facing the subject, which combine to reduce spherical and chromatic aberrations. They also ensure the best possible image resolution, even when the lens is at its widest aperture of F1.2.

Image quality is further enhanced by Fujifilm’s proprietary HT-EBC coating that’s used on all lens surfaces to reduce ghosting and flare, while the seven-blade rounded diaphragm produces the creamy smooth bokeh effect that’s become synonymous with XF series lenses.
Attach the XF56mmF1.2 R lens to a body that supports the Lens Modulation Optimizer*** and picture quality leaps even higher thanks to the automatic correction of diffraction when shooting at smaller apertures.

The XF56mmF1.2 R combines an inner focus mechanism*4 and a DC coreless motor for rapid autofocusing speeds, which are boosted further when used with a X-series camera body that supports phase detection AF. The structure and positioning of the focusing unit reduces sound and vibration for silent operation and with no lens barrel movement during focusing, the structure effectively prevents dust particles from getting into the lens and degrading picture quality.

In keeping with the XF lens legacy, the 56mmF1.2 R features a durable, metal construction — including the aperture and focusing rings — to ensure a high quality feel. The aperture ring is designed to ensure it’s easy to detect ‘clicks’ between f-stops, while the focusing ring is both comfortable in use and has the perfect amount of torque so it’s simple to focus precisely.