And from the air, DJI was kind enough to fly this same location, and produced this:

Legend has it that Archimedes used a “burning glass” to concentrate sunlight on the invading Roman fleet and repel them from Syracuse. In 1973 a Greek scientist, Dr. Ioannis Sakkas, curious about whether Archimedes could really have destroyed the Roman fleet in 212 BC, lined up nearly 60 Greek sailors, each holding an oblong mirror tipped to catch the sun’s rays and direct them at a tar-covered plywood silhouette 160 feet away. The ship caught fire after a few minutes.  However, many historians continue to doubt the Archimedes story. 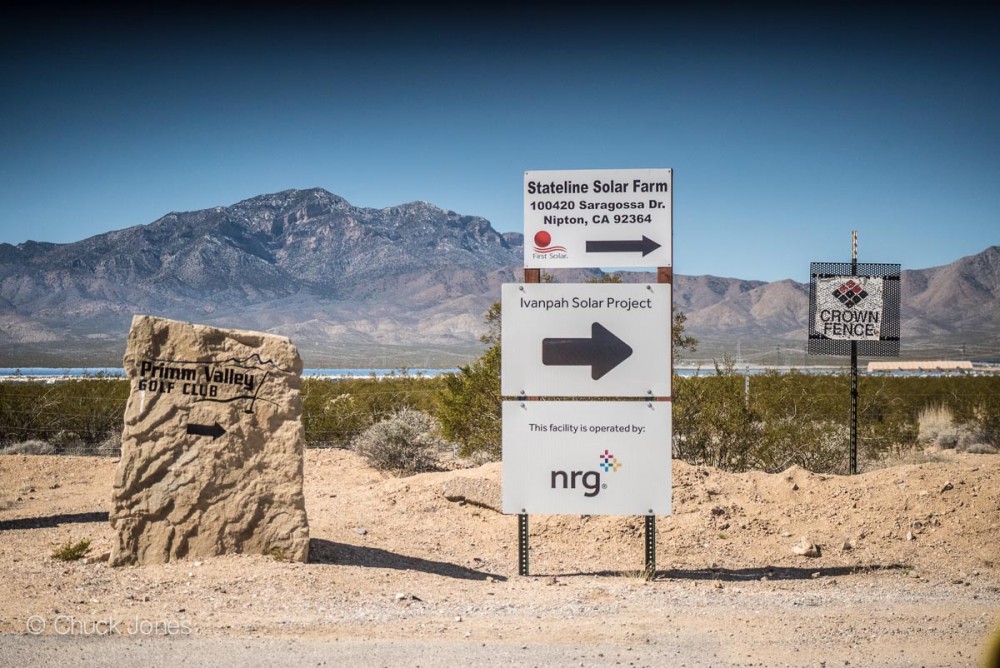 What can’t be doubted however is the Ivanpah Solar Electric Generating System rises from the California desert like some artifact from an expensive Star Wars movie sequel.  This is not a story that can be captured with just any camera either.  These particle beam like light rays required a camera with extremely wide dynamic range, as the ultra bright highlights were actual reflections of the sun itself.  A challenging situation for any camera system, to be sure.  This is where the strength of the remarkable Sony A7S continues to impress me.

It is an eerie feeling, standing in the middle of nowhere, probing the almost totally silent depths of the  California Mojave Desert, the major sound the idling of my own car, gazing upon thousands upon thousands of alien like robotic armed structures of polished steel.  Adding to the illusion of fantasy, the three black towers ablaze with streaming, blinding light; illumination from the captured sun reflecting off their central cores high above the desert plateau, radiating like three small suns themselves.  Hans Solo, get your Ya Ya’s on, we’re generating energy from the sun in  Mojave, and a lot of it! 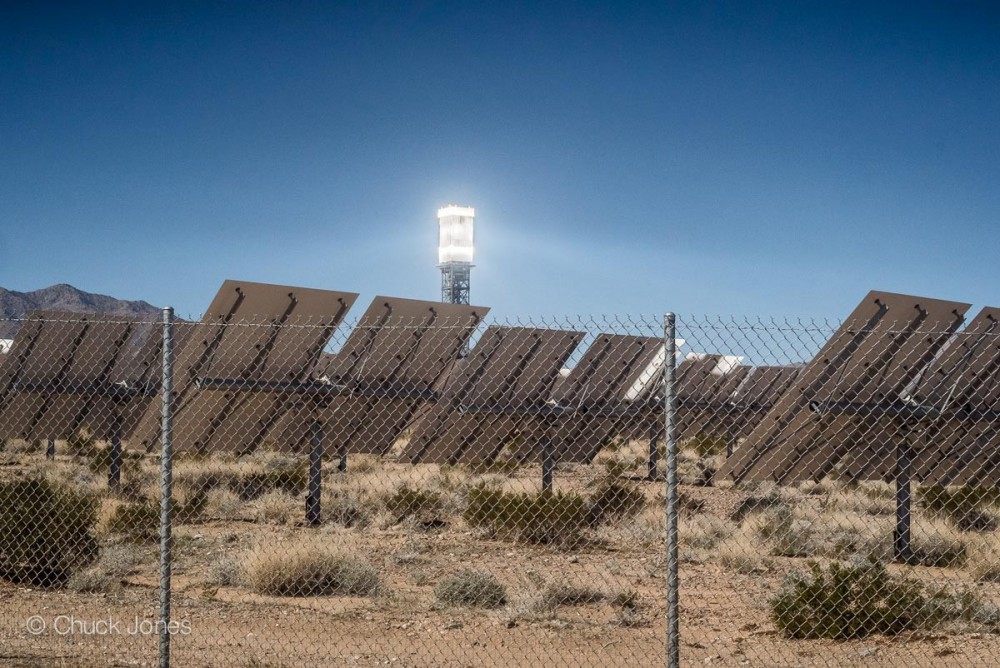 The system deploys 173,500 “heliostats,” each with two mirrors, focusing solar energy on boilers located on three centralized solar power collection towers.  Unit 1 of the project was connected to the grid in September 2013 in an initial trial and sync testing. The Ivanpah Solar Electric Generating System formally opened on February 13, 2014 as the world’s largest solar thermal power generating station. 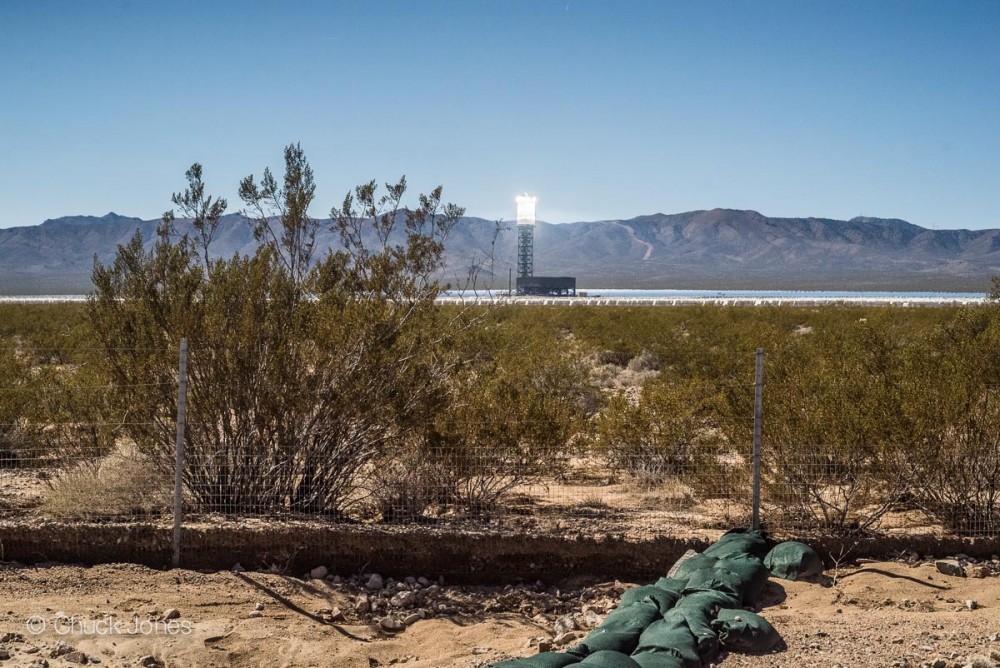 Water is superheated in the three collection towers to drive a steam turbine generator.

The Ivanpah Solar Electric Generating System project was developed by BrightSource Energy and Bechtel. It cost $2.2 billion US Dollars.  The largest investor in the project is NRG Energy, a power generating company based in Princeton, New Jersey, that has contributed $300 million. Google has contributed $168 million, though has since reconsidered the viability of this type of solar power generation in light of the rapid decline in the price of silicon solar cell technology.  In 2010, prior to completion and in keeping with the project’s “green initiative” the Ivanpah Solar Electric Generating System project was scaled back from the original 440-megawatt (590,050 hp) design, to avoid building on the habitat of the highly endangered desert tortoise.

In November 2014, the Associated Press reported that the plant was producing only “about half of its expected annual output”. The California Energy Commission issued a statement blaming this on “clouds, jet contrails and unusually bad weather.”  All felt to be temporary conditions.

What I observed while I was at the Ivanpah Solar Electric project was near perfect weather conditions.  Clear sky, full, bright sun.  This entire Ivanpah Solar Electric Generating System plant is it is almost totally silent, save for a slight ticking/clicking sound coming from the heliostats as they reposition their arms with the mirrors following the sun as it progresses across the sky.  The passing of a single car makes far more noise.

To think that this much energy can be generated in this clean, fuel free manner is impressive.  Even more impressive is that Scientists project that with just 1% of the world’s deserts covered with similar solar collection systems, the projected power needs of the entire world would be provided for out to the year 2050!  This is certainly something to consider.

Research and text in part from Wikipedia.Org.

Please rate this story, and share it with your friends!  [ratings]