Cousin Kate & The Light In The Darkness from TheCameraForum on Vimeo.

We’re working on another music video project, this time for LA’s hot new Pop music sensations, Cousin Kate.  These gals and guys are always so much fun to work with!  We decided to film some B roll for the project at their last rehearsal, so I brought out the cream of the crop, the Carl Zeiss Planar 50mm f1.4.  This old Zeiss Planar 50mm f1.4 film lens has a look that is second to none in my book.  I’ve probably used a couple dozen 50mmish lenses over the years.  Most all of the fast ones, from the Leica Summiluxes in both R mount and M, to the Nikon and Canon 50mm f/1.4’s, a couple of different 50mm f/1.2’s, all shared time in my bag as I am frequently shooting in situations where I am starved for light. 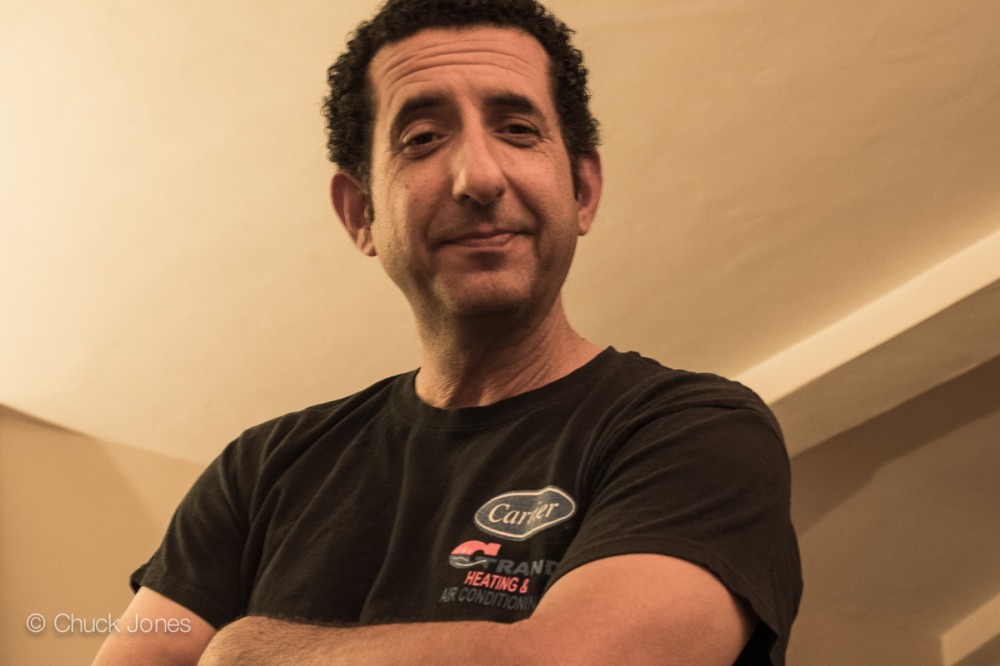 The cost of these various 50mm lenses  runs the gamut, from the lower end of a couple hundred bucks, up to over $5,000 for a new Zeiss OTUS 50mm f/1.4.  Ironically, this 50mm Contax Zeiss Planar f/1.4 is my favorite of them all, and it is also one of the least expensive.  The Zeiss Planar 50mm f1.4 lens can be bought used for a couple of hundred dollars if your patient and hunt around.  If your not careful, you can spend more for the adapter than you will for the Zeiss Planar 50mm f1.4 lens! 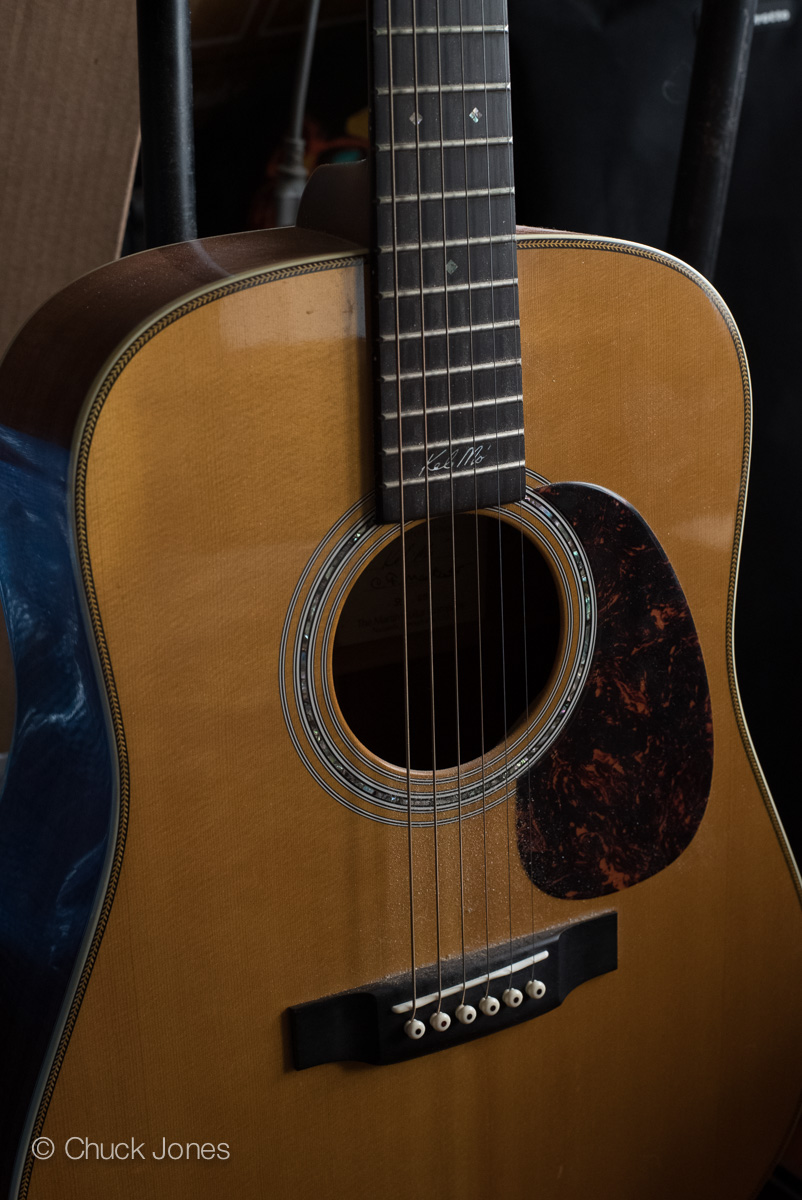 The Contax Zeiss 50mm f/1.4 stopped down to f/8 has amazing resolving power. 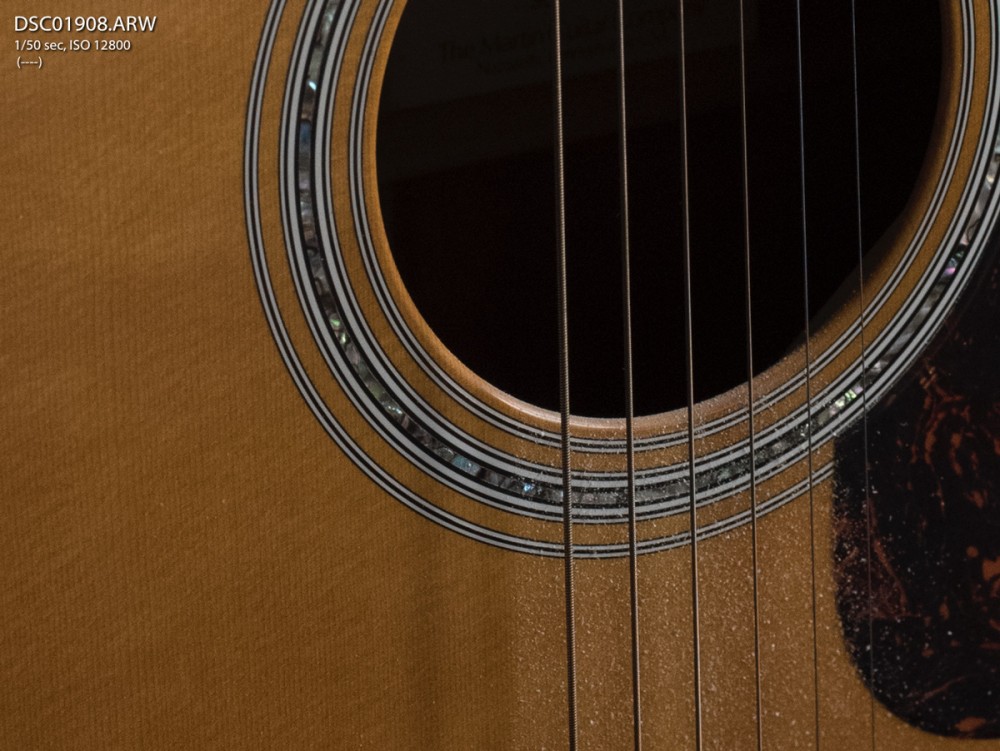 Blowup to 100% Detail in Lightroom of The Contax Zeiss 50mm f/1.4 stopped down to f/8 – Unsharpened.  Note the fine wood grain & dust flecks are easily resolved.

This lens has been like a crack cocaine addiction for me since the first time I used one.  The addiction continues on the A7S, where the performance delivered by this old Zeiss is superb.  Remember as you look over those fine details in the closeup of my guitar that we are talking about a twelve megapixel camera here, not the thirty six megapixel A7R sibling.  Also note this is unsharpened.  A touch of sharpening and contrast adjustment really makes the images shot with this lens pop.  The Zeiss Planar 50mm f1.4 is remarkably sharp, and yet sublimely refined in its drawing signature with rich, saturated color.  The Sony FE native mount 55mm is sharper, but also more clinical and sterile. The newer Zeiss colors are very accurate, where the older Zeiss was designed for accurate color on film, so the color spectrum is different.  There is nothing sterile about the Zeiss Planar 50mm f1.4.  The Zeiss Planar 50mm f1.4 brings meaning to the word “Juice” as a charter member of the group of lenses that have it.  As always, before you buy anything rent it first and try it for yourself.  People do not all have the same tastes in lenses. Manual focus is not for anybody  who can’t take the time to learn how to use it.  The combination of the silky smooth focusing ring on the Planar with the manual focusing aids on the Sony A7S were meant for each other.  With this magical combination, you won’t be broke and you won’t be sorry!

THANKS FOR READING, AND PLEASE RATE THIS STORY!  [ratings]