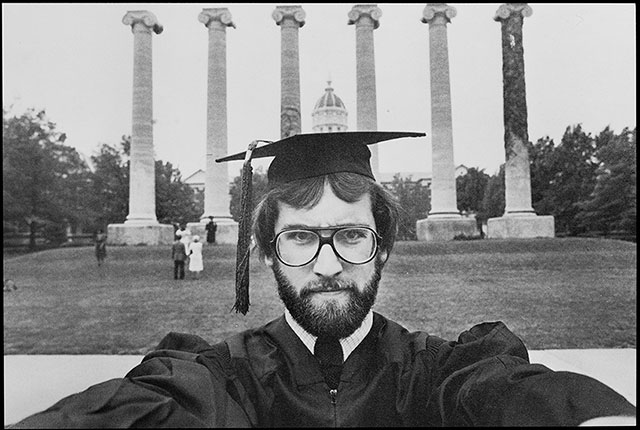 I won’t spoil the magic of your seeing Brian deliver his address, so I’m not providing any spoilers here.  I will say Brian Smith makes his eleven points well; more than worth your time to watch the speech.  Brian’s points hold life-long value. If you are deaf, or it is 3:00AM where you are so you can’t make any noise, you can read the transcript over on Brian’s website: http://briansmith.com/university-of-missouri-commencement-address-2015/  Otherwise, you really should see the move to get the most of the experience. Brian’s delivery and interaction with the graduates and audience is as much a part of the experience as what he had to say.  Brian is a living example of the truth contained in his words, himself a graduate of this very Journalism program in 1981.  Wise words, carefully considered, delivered with emotion, conviction, and humor befitting the occasion.

I’ve known Brian and his lovely wife for over fifteen years.  Brian’s work I’ve known and admired even longer. I was a daily and weekend subscriber in Orange County, California during the period Brian was a  staff photographer with the Orange County Register. I was fortunate enough to get tickets to attend several events of the 1984 Summer Olympics, officially known as the Games of the XXIII Olympiad, held in Los Angeles.  The events I did not get tickets to see live, those stories where wonderfully told by young Brian and his two photographic compadres on the pages of the Orange County Register. Taken as a whole, my attendance at events with reporters Rick Rickman, Hal Stoelze, and Brian’s attending on my behalf at events I couldn’t get tickets for, made this Olympics very special for me.  Their daring and spectacular photographs made this a spectacle unlike any Olympic experience I’ve had since.  Cherished moments.  Coming from one of your original readers, thank you Brian.  You guys sure earned that Pulitzer. Your work is still a big part of the memories from my own youth! 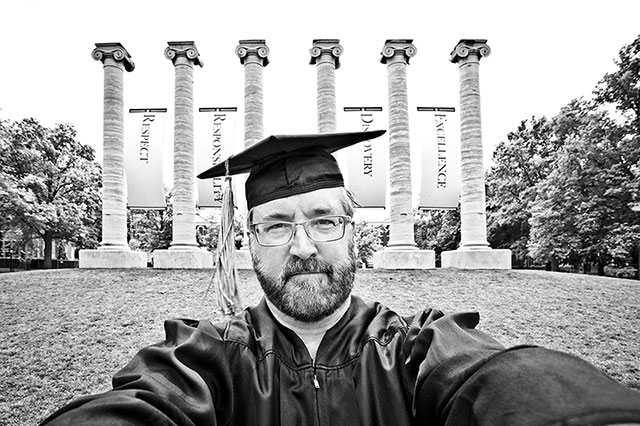 Brian Smith University of Missouri Commencement 2015. The Humor Is Still There.

It’s no secret that Pro Photographers as a group are notorious for being closely guarded and jealous of sharing much in depth knowledge of their craft with anyone.  In the online world, some walk the walk, while many just talk the talk.  The sad truth is the majority of professional photographers who know much of anything are just not very open, sharing, or friendly towards those looking for new techniques and/or honest critique.  You can’t blame them really, as their very livelihood they see as being on the line.  A viewpoint hard to argue with, given the sharp decline in traditional revenue streams for traditional photographers.  Many have left the business entirely, choosing to change professions altogether unable to reinvent themselves to accommodate present market conditions.

Paid manufacturer sponsorships aside, many who earn their living from photography never share much of anything since photography is a highly competitive business where techniques, craft skills, and personal style are considered trade secrets, their use being what many traditional photographers are selling.  But success can have a serious boom-a-rang effect. Successfully selling means they are soon copied and mimicked routinely.  The better the digital camera equipment gets, the worse this problem becomes.  There are many tricks to walking this modern day tightrope most working photographers straddle, some more effective than others.  There are also a lot of dead ends and poor advice available online.

To this rather bleak, lonely Pro Photography world, Brian Smith is one of the exceptions. A giving individual, a breath of fresh air, a shining knight with wit.  Brian is a 180 degree contrarian, instead  of selfish Sir Smith is one of the more honest, open, sharing, and forth coming pro photographers I know.  You may not like what Brain has to say, but you have to respect his honesty and integrity as he says it.  If you’re smart, listen carefully and read between the lines as Brian speaks.  The man is an absolute treasure trove of knowledge garnered from years of first hand experience.  Invaluable assets as a journalist.  Qualities I’ve found in all of the great leaders in every profession I’ve met.  As a photography teacher, Brian Smith has the unselfish, upbeat, positive qualities along with his sage advice that helps students learn without having to feel they need to compete with the instructor. 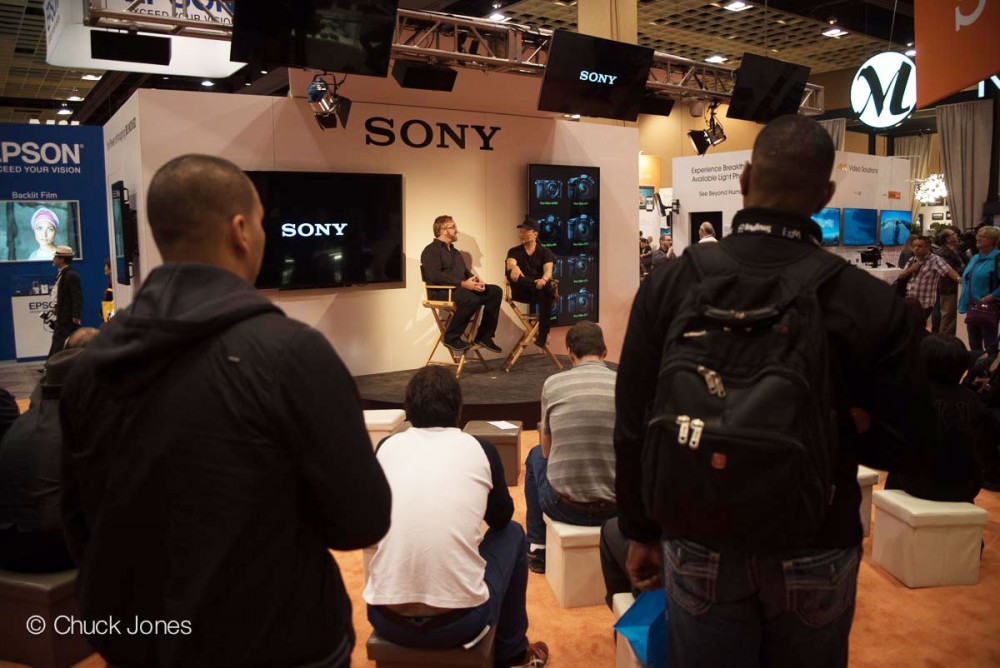 Brian Smith Draws A Crowd On Stage In The Sony Booth At WPPI 2015.

Until its merger with American Photographic Artists in 2012, Brian Smith was President of Editorial Photographers (EP), a volunteer photography trade organization of magazine photographers and photojournalists from around the world. As President, Brian invested countless unpaid hours, working tirelessly for the group membership interests.  Brian Smith is one of the Sony Artisans of Imagery professionals.  He routinely speaks at photography trade shows including PhotoPlus Expo, WPPI, Photoshop World and Imaging USA. He has lectured students on the Business of Editorial Photography at Brooks Institute of Photography, Ohio University, Hallmark Institute and the Atlanta and Fort Lauderdale Art Institutes, among others.  And now, as the commencement speaker at the 2015 University of Missouri School of Journalism, where he himself graduated in 1981.  Living proof that hard work does pay off.

If you get a chance to see Brian Smith at one of his appearances, or better yet, to experience a Brian Smith workshop, mortgage the dog if you need, but go.  I guarantee it will be a game changing experience for you.  You will come away with a better, more informed perspective of the craft and the industry from a guy who is “A” list, front row, center stage, living it daily.  Be aware though, dead pan is not allowed.  Brian Smith has a sense of humor to match his considerable sense of adventure!