Top
WPPI 2014 Report – The Road To Vegas With The A7R – The Camera Forum®
fade
6497
post-template-default,single,single-post,postid-6497,single-format-standard,eltd-core-1.2.1,flow-ver-1.8,,eltd-smooth-page-transitions,ajax,eltd-blog-installed,page-template-blog-standard,eltd-header-type2,eltd-fixed-on-scroll,eltd-default-mobile-header,eltd-sticky-up-mobile-header,eltd-dropdown-default,wpb-js-composer js-comp-ver-6.10.0,vc_non_responsive

I had never been to WPPI, the Wedding and Portrait Photographers International show in Las Vegas,  so when Paul Gero told me he was going I made an on the spot decision to join him.  The Sunday afternoon drive from Los Angeles to Las Vegas takes a bit over four hours at a legal and sane pace – less if you drive a sports car. 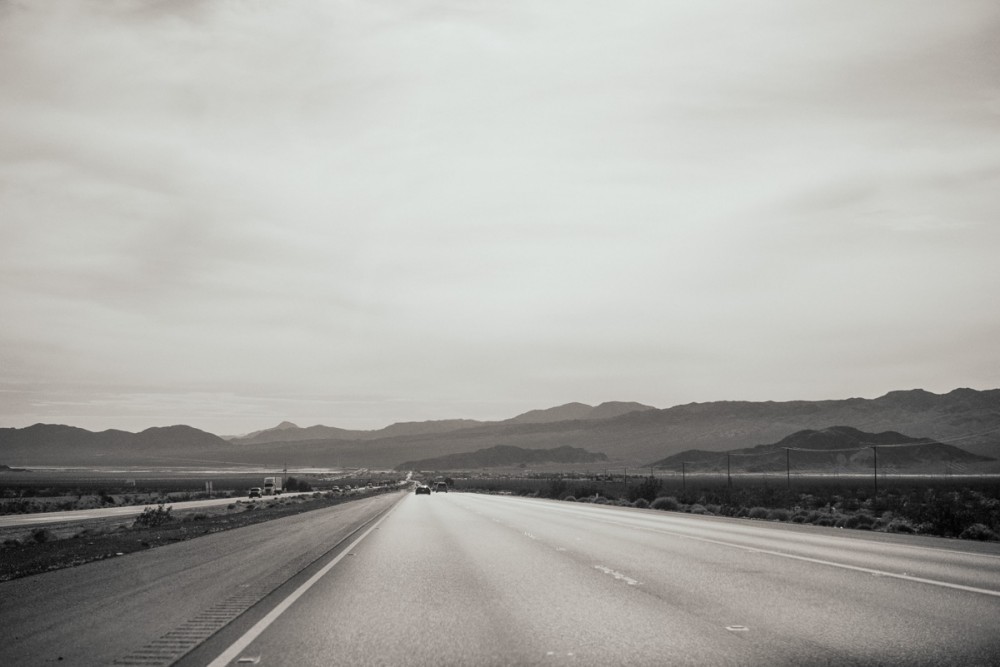 I arrived shortly after dark at my WPPI hotel, Hooters; right on the strip and directly across the street from the MGM Grand, the location of the WPPI 2014 show.  What luck.   I paid only $29 per night vs. the  $189 I could have paid across the street at the official WPPI hotel! 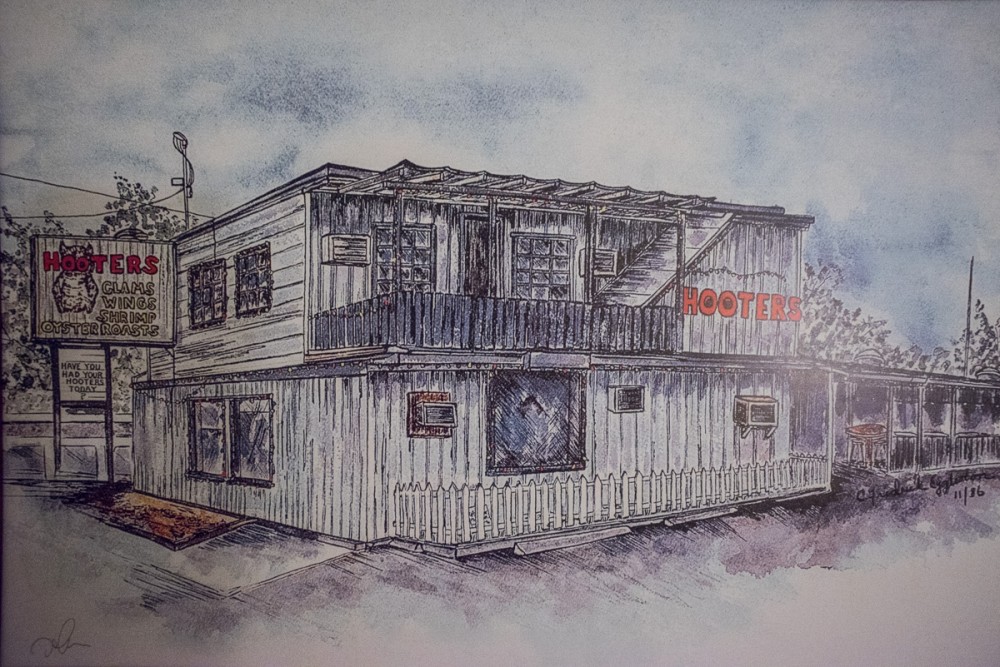 For $29 A Night, I Expected “Hooters” To Look Something Like This

This is the view from “Hooters” Room 348, My Unofficial WPPI Hotel. 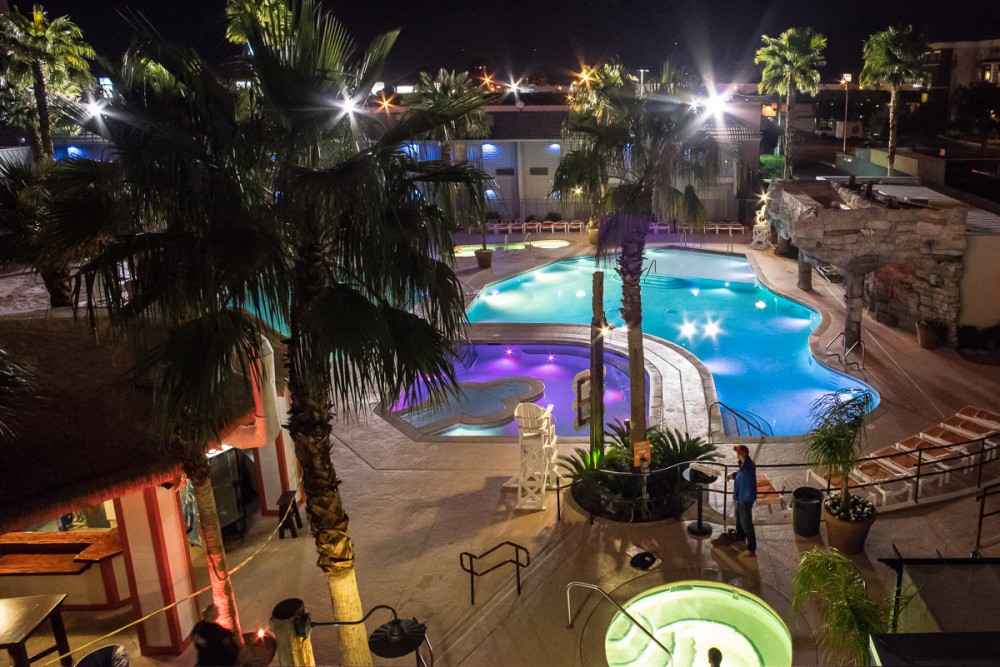 Reality often trumps imagination in Las Vegas, the city where everything is available any time of day or night.  WPPI was no exception for me this time around.

I went to the WPPI show to settle my direction gear wise moving forward.  I am a Hybrid Storyteller,  and we are not alone. So is Giulio Sciorio from SmallCameraBigPicture.Com .  You can see him pulling 8MP prints from his GH4 Video frame by frame. 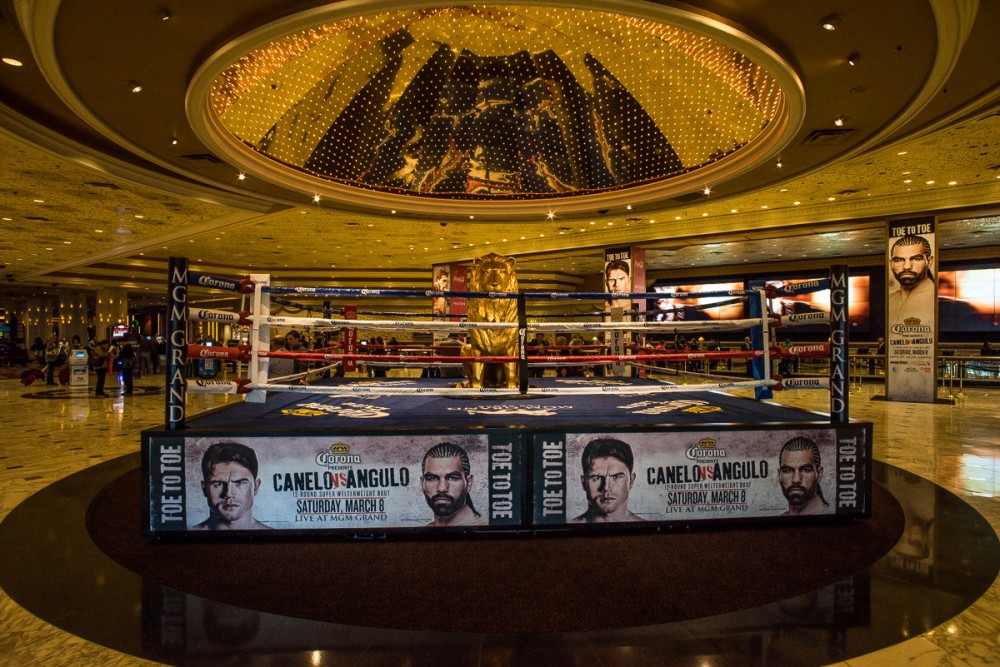 It was a perfect time for a show in Las Vegas.  The MGM Grand was getting ready for a another of their famous championship boxing matches this weekend.  The fuss, pomp, pageantry, and jive talk all added to an atmosphere of intense learning. 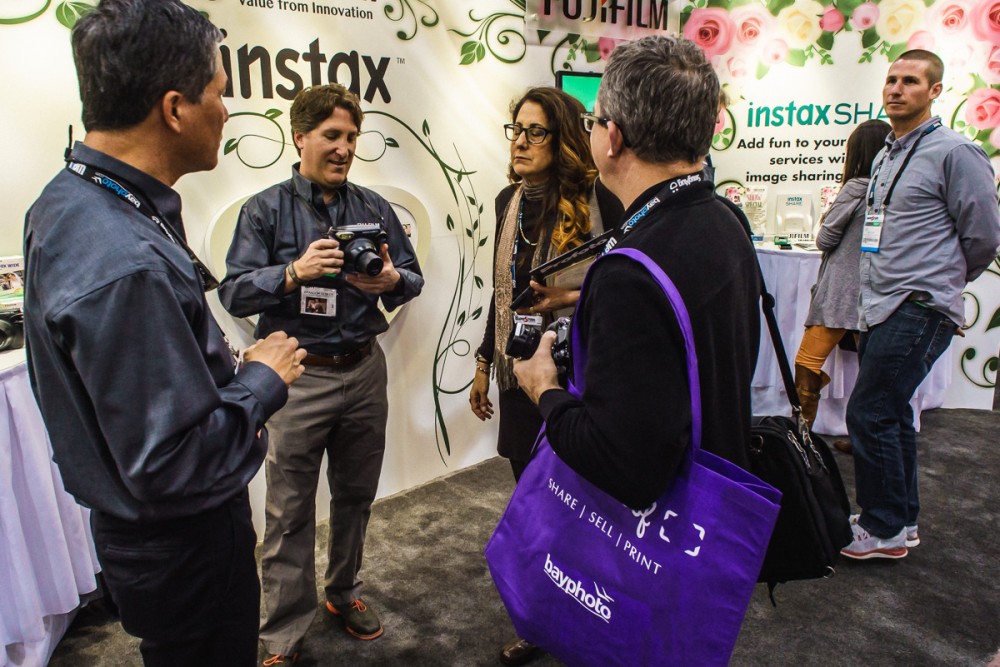 The new FujiFilm X-T1 is impressive in many ways.  Clearly, it is also a serious upgrade in almost every way from the preceding Fujifilm X series cameras.  (We will have a separate report on the camera in more detail later.)  For now, suffice it to say, my conclusion is the video stinks.  Why they bothered to put that red video record button on such a fine still camera is beyond me.   The jaggies and aliasing are so bad, the video codec looks like something from a rough cut sawmill.  (Come on Justin, send the message back to the powers that be in Japan to give us a decent video codec so Hybrid Storytellers like us can use your wonderful stills only camera, too.  We need good video.  We deserve good video!  Pretty please?) 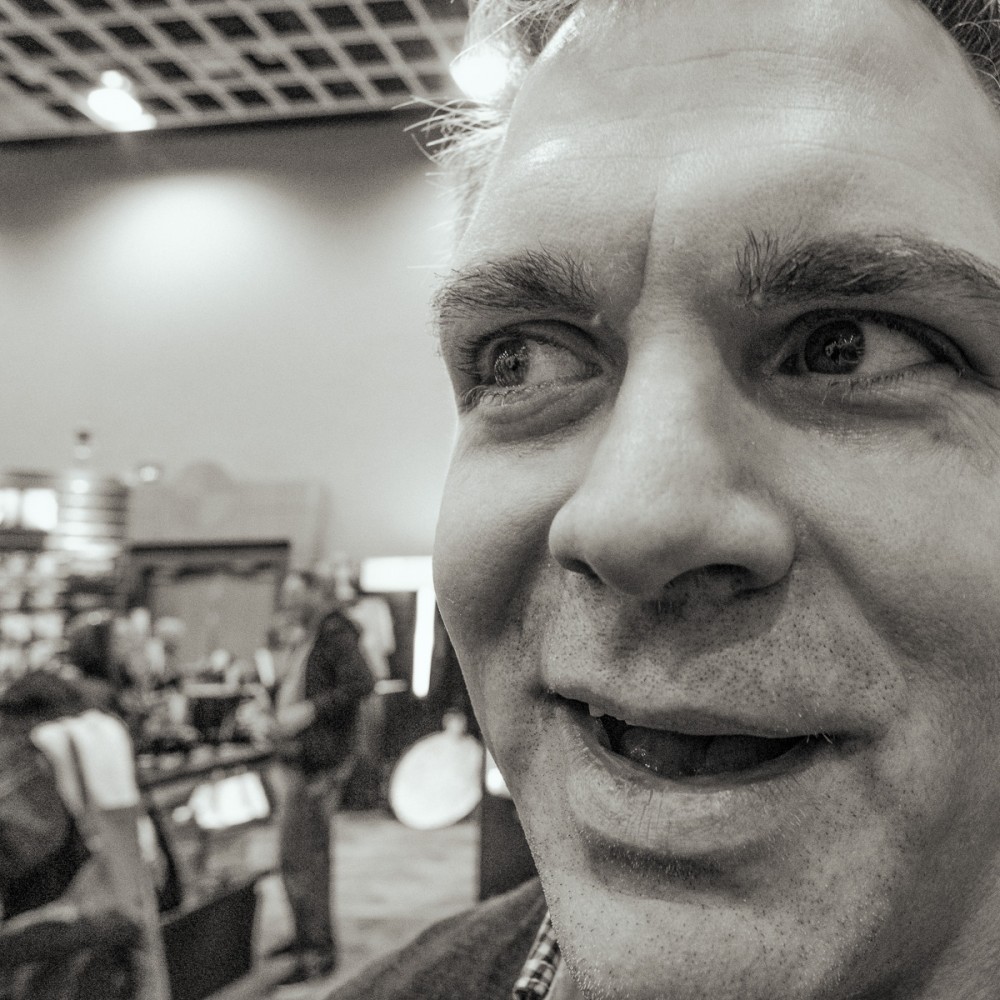 In Fairness, Justin “Mc Iver” Stailey Just Joined FujiFilm As Product Marketing Manager A Month Ago. He Came From Leica.

Sony was well represented.  I got to visit with old friend Brian Smith to start the long planning process for our joint Mexico workshop coming up in the fall.  More details on that another day. The A7 and A7R were also drawing substantial attention from the crowd. 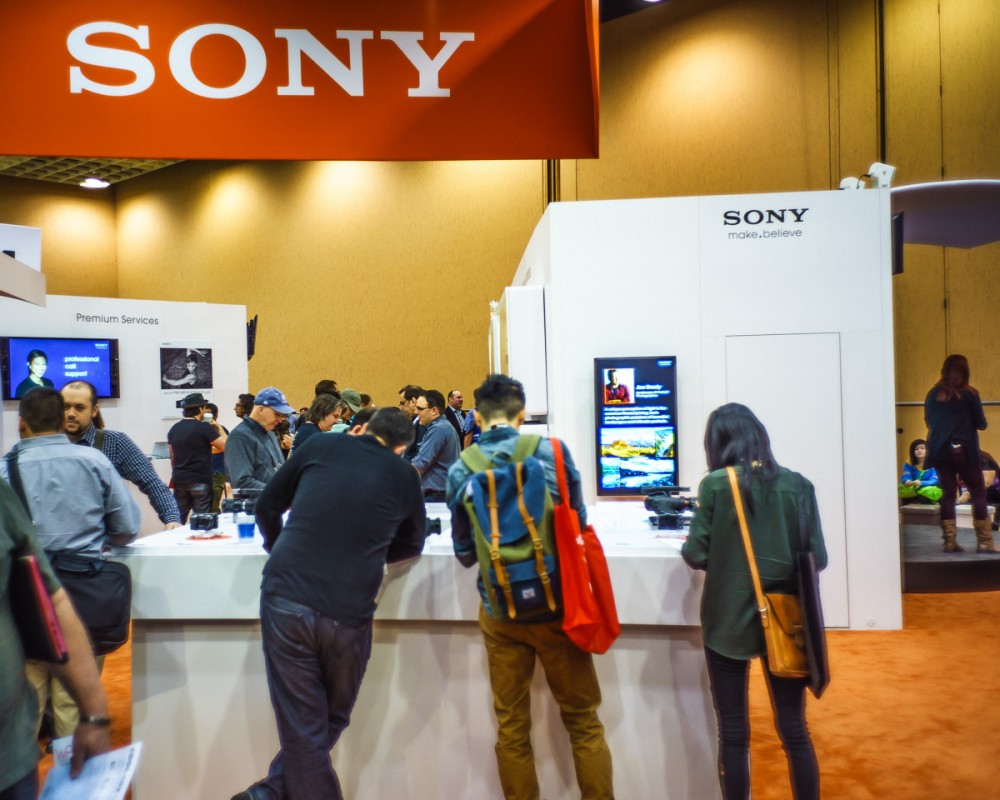 Not to be left out at any professional photography show, Leica was out in full force with their M240 and MM Monochrome, a camera I myself would dearly love to own one day. 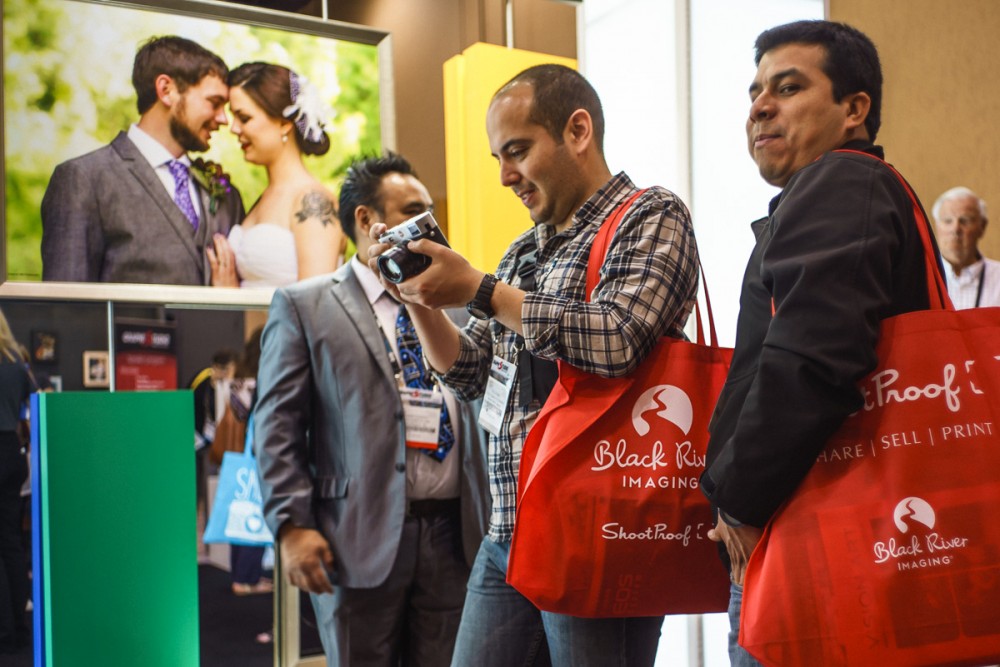 Of course, it would not be Las Vegas without the usual “Booth Mannequins,” barkers, and product demonstrations. 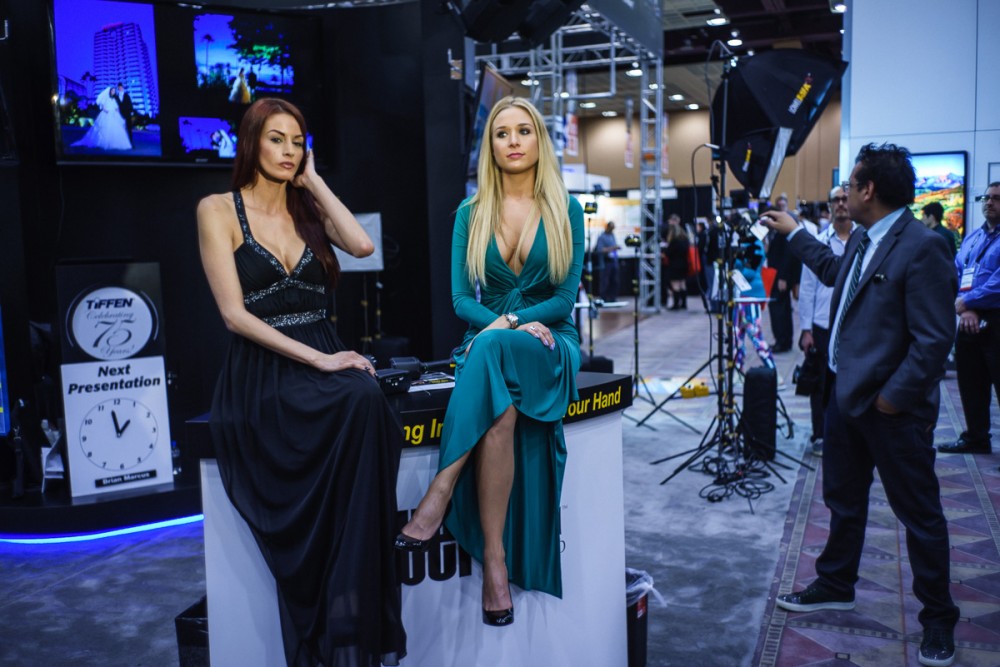 Models Get Bored Waiting For The Next Performance. 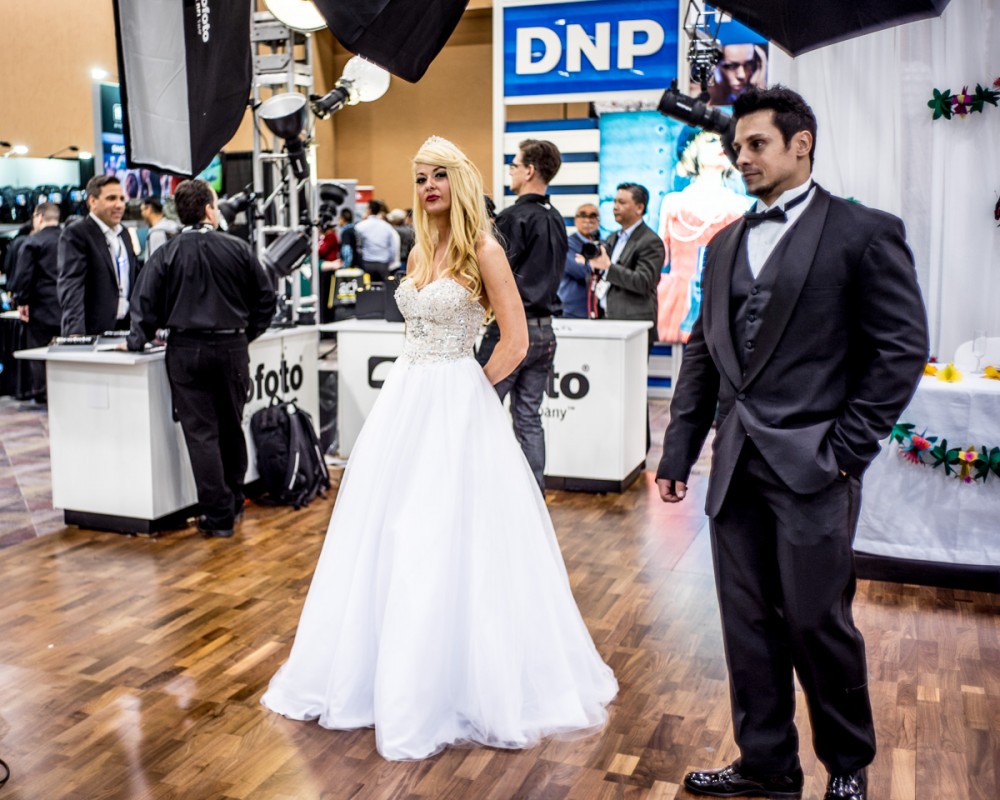 Elvis And Friends Were Even Available To Meet And Greet The Attendees.

One of the most impressive things I saw at the show was the new experimental wall displays being shown in the SimplyColor.Com Booth.  The final pricing is not set yet, but tentatively should be in the range of $1,500 from the lab to you.  I would love to try one and report back on the results. 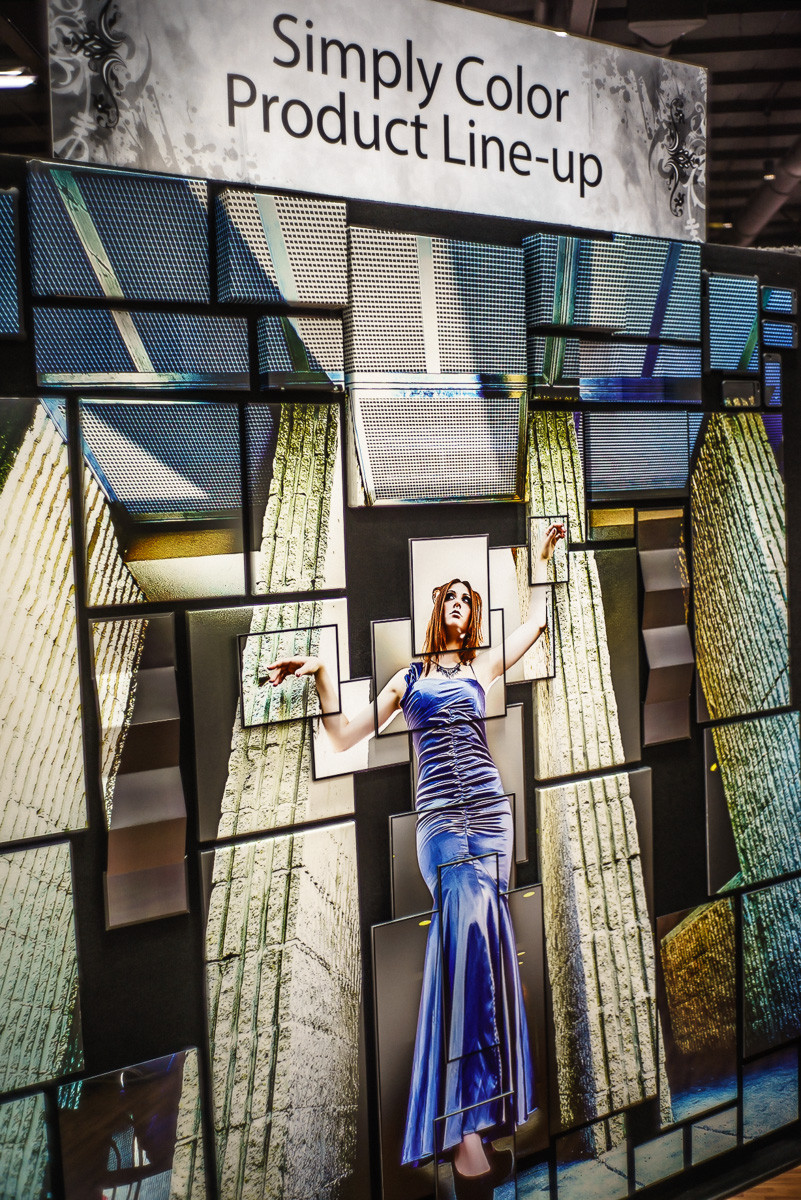 SimplyColor.Com Will Be Offering A New Wall Mural 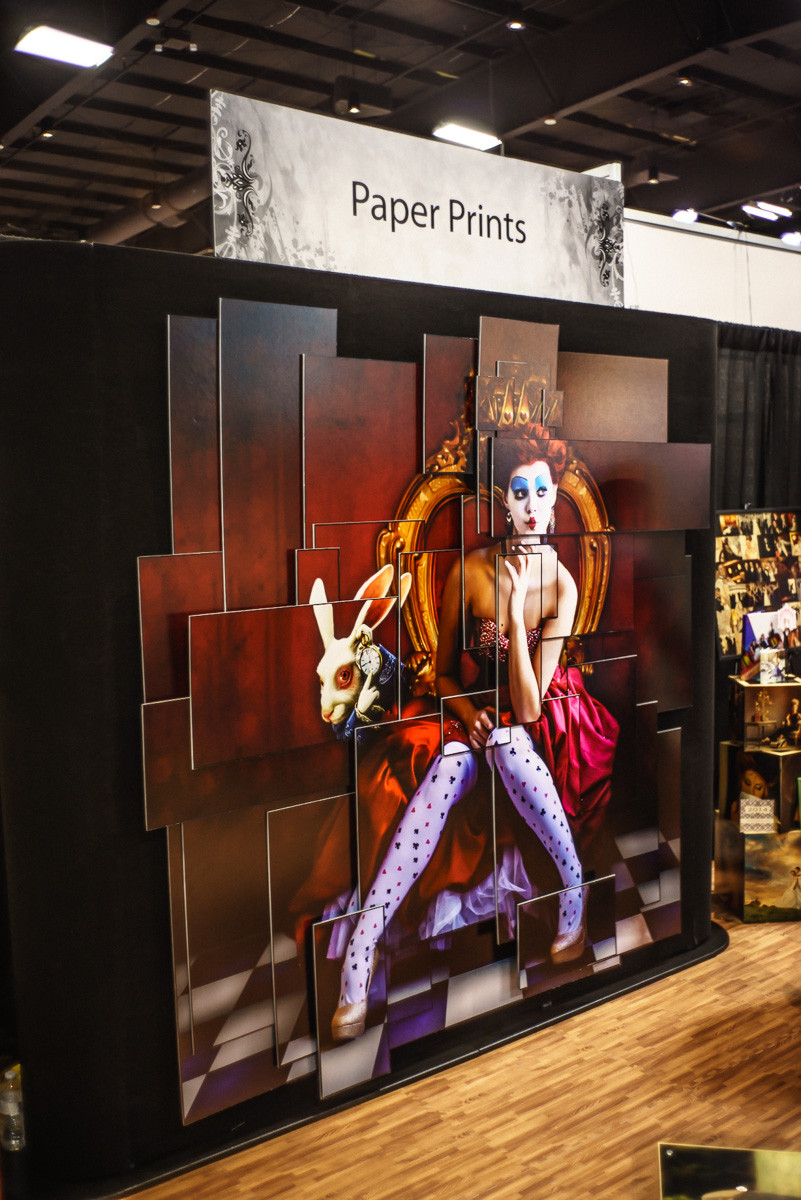 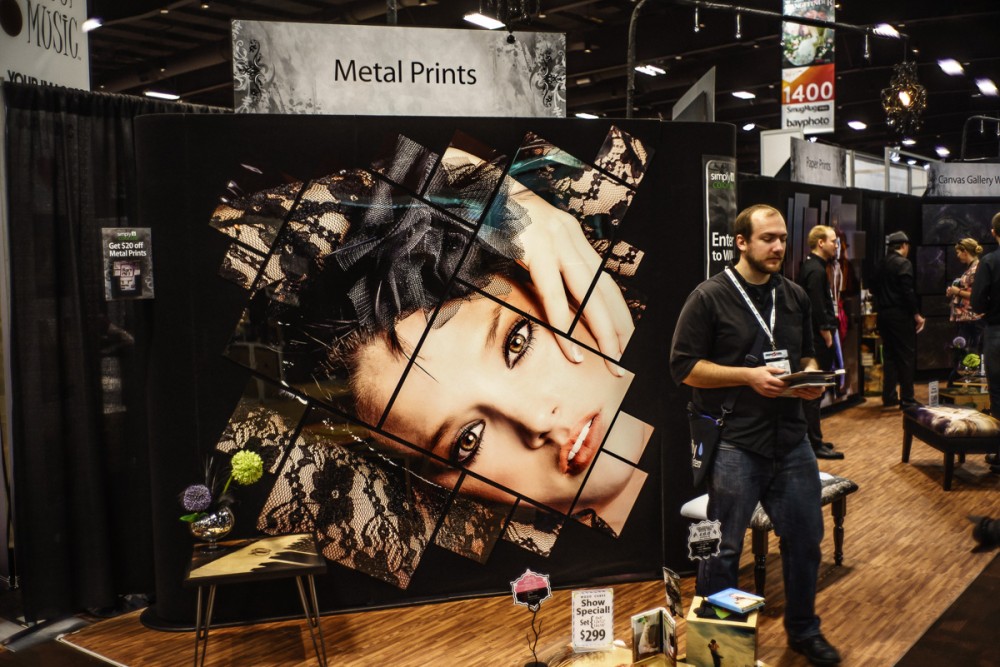 A few things did not make my grade.  Probably the biggest disappointment was the $500 IceLight that would not provide proper color temperature.  Any guess the CRI on this light is something around 80? 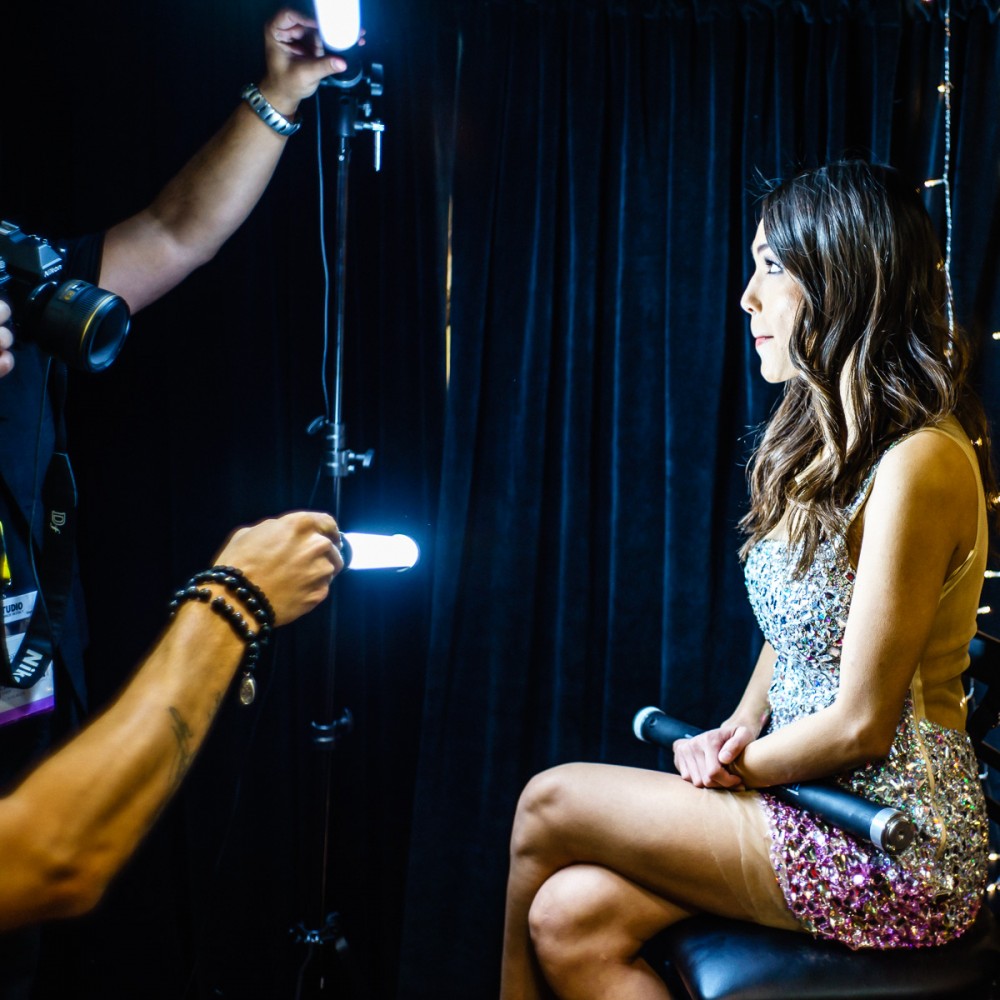 IceLight Is Very Difficult To Properly White Balance. CRI Too Low For Photography?

I know Brent Siebenaler, Sales Manager at Fiilex, could probably set them strait on what it takes to get pretty LED light like I saw from the new P160.  Full disclosure, I purchased, currently own, and use constantly four Fiilex lights myself. 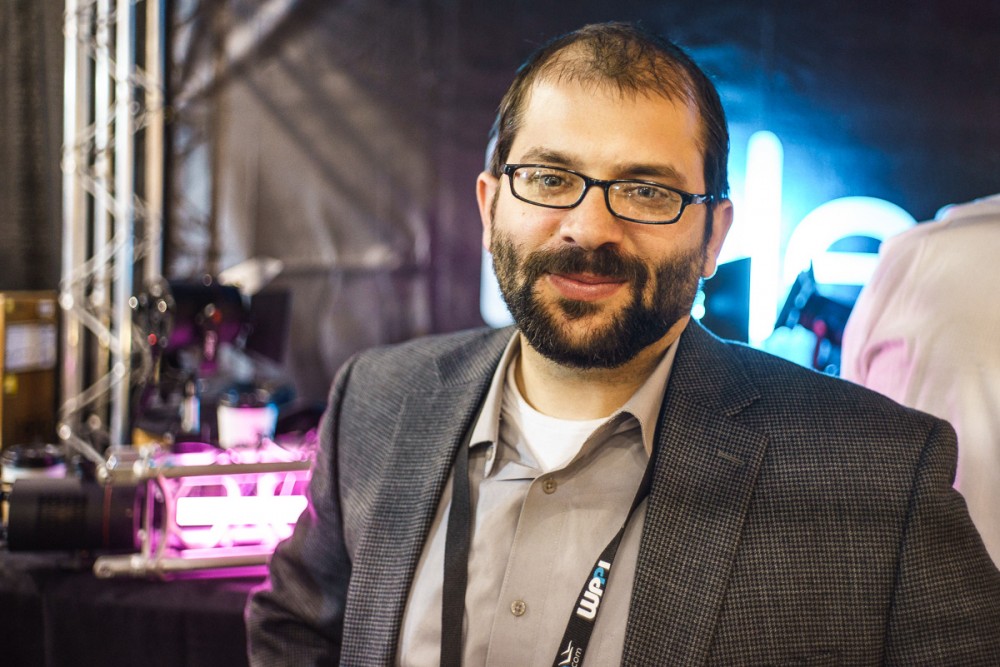 Brent Is Sales Manager at Fiilex, Good Guy Who Will Take Care Of His Customers. Shoots A Mean Digital Back Too ;=)

Marketer, Photographer, Speaker, and Internet-Host-With-The-Most Frederick Van Johnson was hosting LIVE Google Hangouts with guests in the Panasonic booth.  That was an amazing accomplishment live streaming directly from the show floor.  Schedule conflicts prevented Frederick and I from having our face-to-face chat, but I promise next time Frederick for sure! 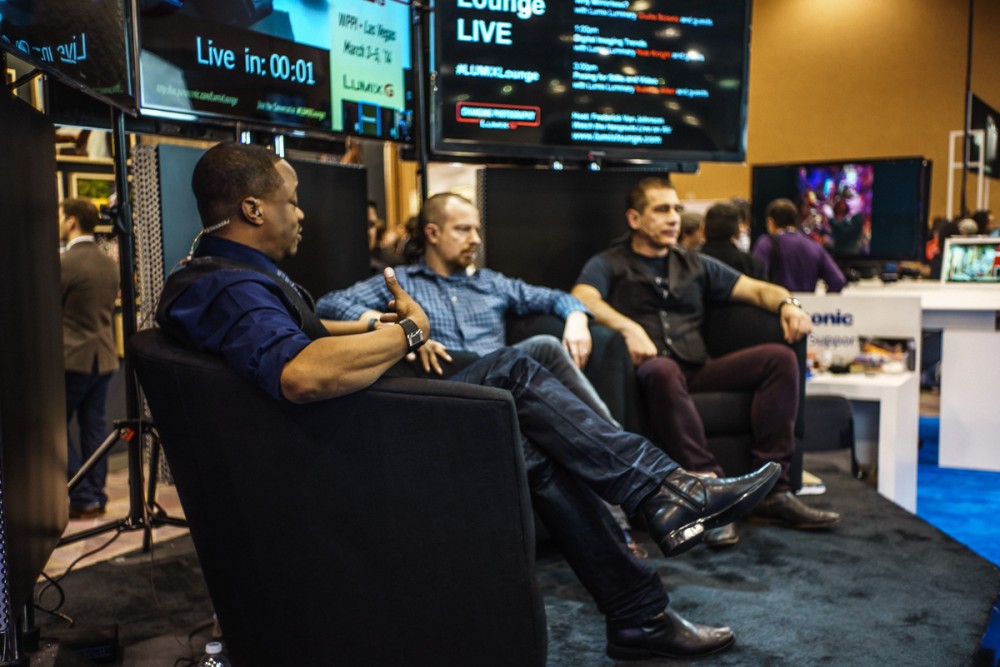 Last, but certainly not least, was my great pleasure at finally getting to meet Dr. Roger Cicala, President & Founder of LensRentals.Com.  Roger has agreed to join our Merry Band Of Renegade Misfits as one of our team.  So stay tuned for Rogers incredibly generous sharing of knowledge with the community. 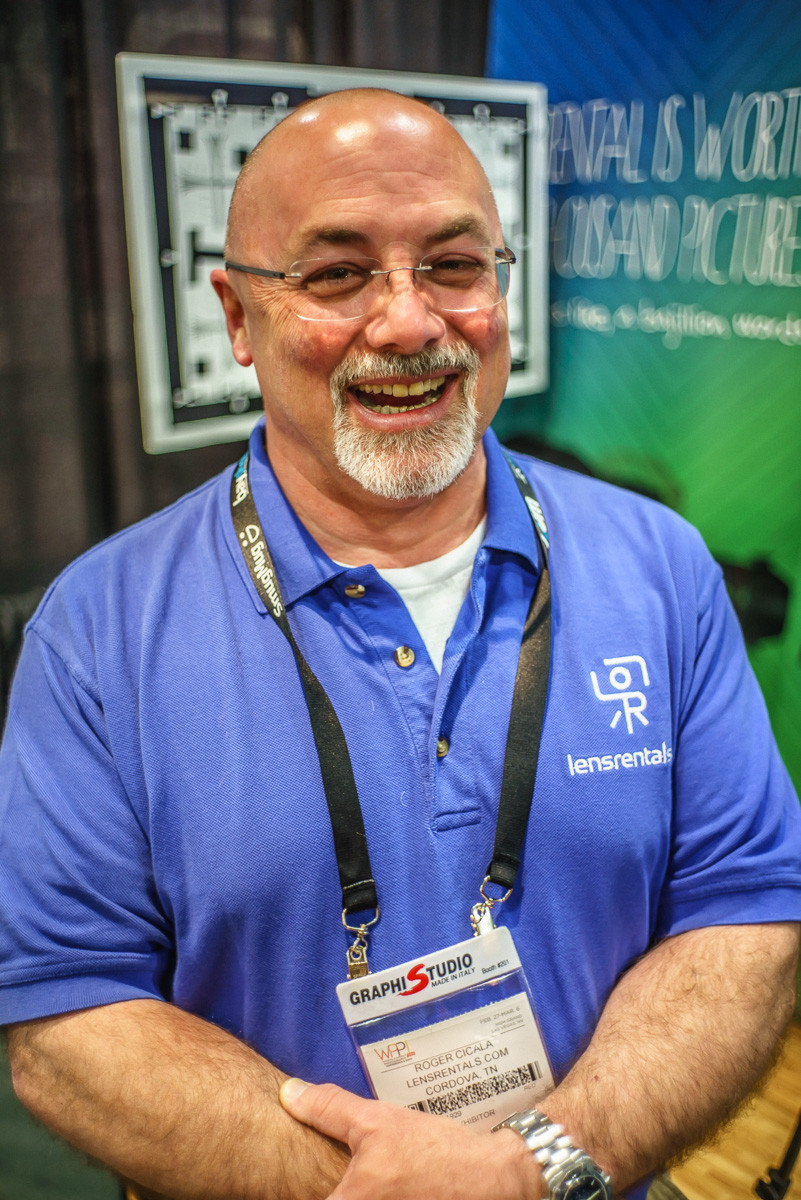 Previous post
A7R And Leica 28mm Summicron – MythBusted?
Next post
The Sky is Falling and the Light is Leaking: the A7r Anti-Massacree