Zoom Q4 from TheCameraForum on Vimeo.

Zoom calls their Q4 a Handy Video Recorder.  Sony refers to their HDR-MV1 as a portable Music Video Recorder.  But what is in a name?  In the end, what sold me was features.  The Zoom Q4 is packed with them, and while maybe not as specifically marketed at musicians as the Sony product, the Zoom Q4 is possibly the closest thing I have experienced to professional quality recording gear at a truly miserly price.  MSRP on the Zoom Q4 is only $299, including the DeadCat.  As the footage shows, while it is not without some expected aliasing problems, the color accuracy is quite good if a touch to the warm side, and the sound is spectacular.  This footage is all untouched, although Vimeo has done its usual and typical job of destroying most of the artistic quality.  The good news is Vimeo does have download available, so please feel free to download and play without the intense Vimeo compression for a more realistic idea of what the Zoom Q4 is capable of. 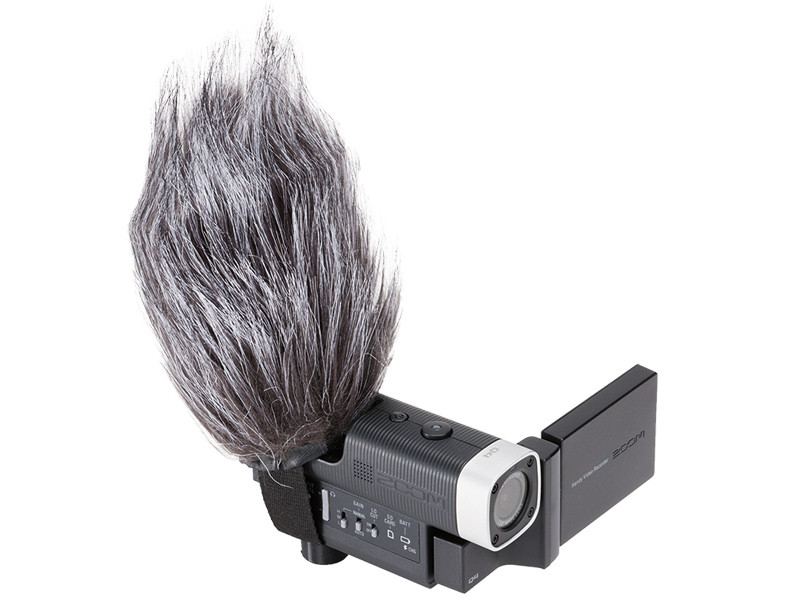 All that was done to prep this file for upload was to download the file from the SD card, add the titles and tail in Final Cut Pro X, set the audio “stage” and ambiance for proper x/y positions, and render the file out H264, 720P, 30 fps, purposed for Vimeo upload.  No other adjustments were made to either the audio track or the video.  No reverb was added.

The acoustic folk guitar is one of the hardest instruments to record cleanly, due to the large quantity of harmonics present, the dynamic range of the instrument, the wide frequency bandwidth and the resonance.  The better the guitar, the greater the quantity of even order harmonics and the greater the recording difficulty. Most guitars used in recording are “aged” for several years, as these instruments have the best overall mellow tone and even tonal response.  The Zoom Q4 stands the test well in its ability to realistically capture the dynamics and harmonic overtones of my guitar.  Further, like its brethren the H4n & H6, the Zoom Q4 sounds stunning. 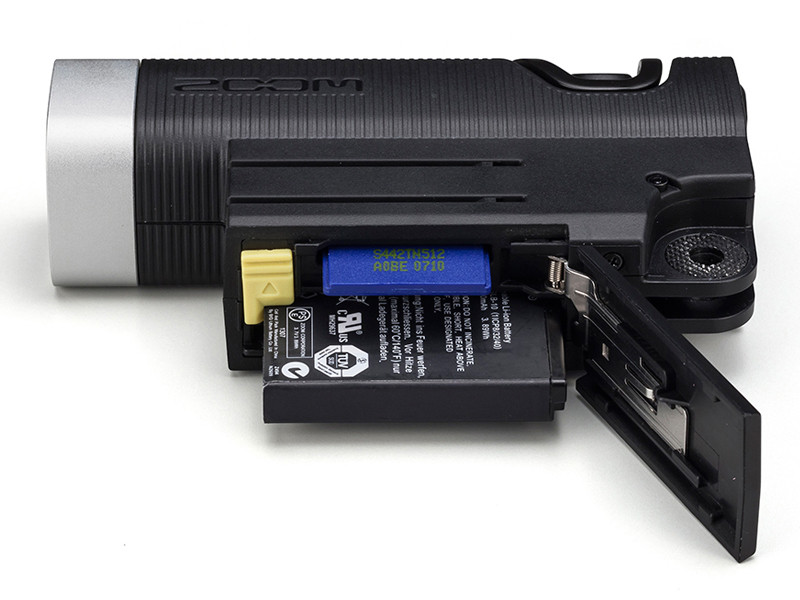 The Zoom Q4 Battery Door & SD Card Slot Are On The Bottom.

From just this first look, I am impressed.  The handling of the record functions couldn’t be more strait forward and clear.  One small on/off button on the top, which lights up the green “ready” indicator.  Depress, and it turns red as the record function starts.  The removable, rotatable, LED monitor is very interesting.  Not a touch screen, but it does have four buttons strategically placed and clearly marked with the reassignable functions.  The Zoom Q4 can also be used as a WebCam with the download and installation of a driver from the Zoom Q4 support site.  Oh, and did I say that the audio recorded to the Zoom Q4 is stunning?  All and all, I am very pleased and look forward to getting this hot little Zoom Q4 number pressed into client service as soon as possible!  Stay tuned for more….