I’ve photographed Dia de los Muertos in Mexico for seven of the past eleven years.  It is one of those long term photography projects that just snuck up on me.  I didn’t even realize it was a long term project until I was, pardon the pun, dead in the middle of it.  It was my third Dia de los Muertos, my first trip to Pátzcuaro, deep in the Mexican state of Michoacán del Ocampo when I first got hooked.  The Purépecha (endonym P’urhépecha [pʰuˈɽepet͡ʃa]) are an indigenous people centered in the northwestern region of the Mexican state of Michoacán, principally in the area of the cities of Cherán and Pátzcuaro.  Their ancient teachings of celebrating their ancestor’s spirit and wisdoms as Dia de los Muertos are what opened me up to a whole new way of viewing life, by changing the way one views death. 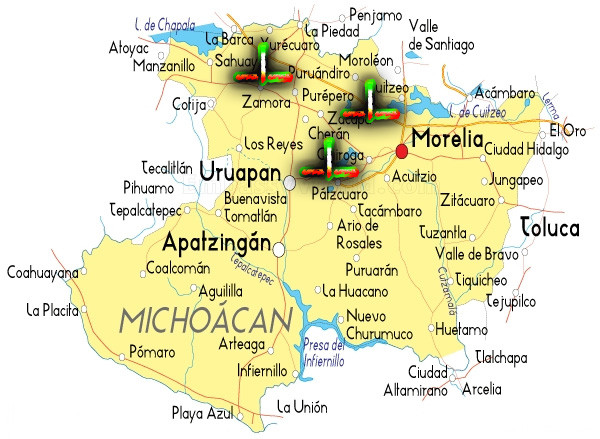 Dia de los Muertos was then and still is a very moving event for me.  Families remembering their loved ones and communing with spirits of their ancestors. In Mexico, Dia de los Muertos is a cultural tradition dating back to pre-Columbian days, and anyone’s guess how far deeper into the roots of North American history.  Our brethren to the south in Mexico have a much more sane view of death and dying.  To Mexicans, it is just the inevitable conclusion to what was hopefully a life well lived and, if not well lived, at least well remembered by family and friends on Dia de los Muertos.

Dia de los Muertos is not the macabre, pompous ceremony surrounding our commercial consumer version packaged, pitched, and sold here in the United States.  Americans will sell anything, as long as there is a profit in it.  Everyone dies, so Americans are buying.  It is a business much like Life Insurance people are just dying to get into.  (I know, corny joke but remember, I am a geek, and I hate even thinking about all this American Death™ stuff.)  I don’t like funerals; I do not attend them.  I did attend one while in my early thirties, and never again for me.  That piece of cold dead meat powdered, painted, perfumed, and staged inside the mirror finished, polished, gold trimmed expensive Ebony box was not my former friend and lover, only her spiritless remains.

To any of my friends reading this, if you die before me you are shit out of luck.  I refuse to ever celebrate your death.  I will toast a premium tequila to your many inspirations. I will cry at the memory of your fails as I will celebrate your successes with complete abandon.    I’ll celebrate your life, as the Mexicans do. This is the essential spirit, translated into English as best I know how, of the Mexican tradition Dia de los Muertos.

So it was with this reverence in mind that I decided to persist for an eighth year on my long term Dia de los Muertos photography project.  Since I had business keeping me here in California this year, I decided to photograph the Hollywood Forever Cemetery’s presentation of their Day of the Dead Celebration.  I wasn’t particularly thrilled at aspects of what was obviously intended as another commercialization of a Mexican fiesta, with the same intent Cinco de Mayo.  MAKE MONEY!  I thought  the contrast  between the two cultures might be interesting.  I was correct.  It certainly was. 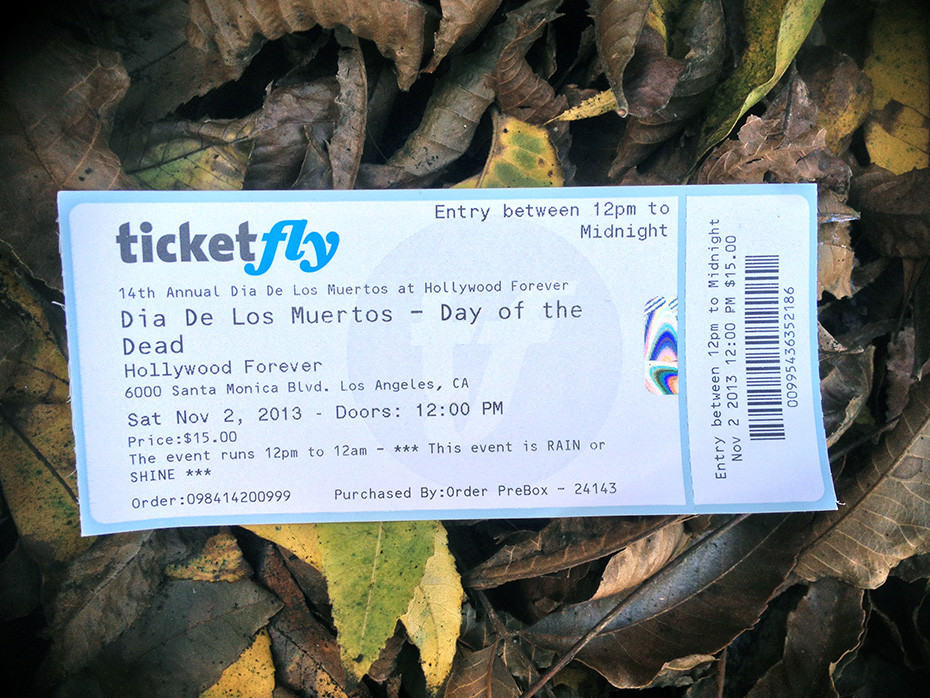 The most obvious difference is the need to purchase a ticket.   Despite the obvious entertainment event atmosphere, the spirit of the people was not all that different from what I felt at the Dia de los Muertos celebrations in Mexico.  Many people were there to celebrate the lives of their ancestors.  However, the events are different.  In Hollywood the cultural traditions are blended with what you could only call a Hollywood Production style.  The irony?  Not many Mexicans nor those of Spanish decent are interned at Hollywood Forever Cemetery.  But they sure do put on a great show.  I enjoyed it very much, and would highly recommend it to anyone living in the Los Angeles or Southern California area for a $15 something to do next year around Halloween.

The Soundtrack I am using for the Dia de los Muertos is a composite mix from several uncounted sources, in great part from native Chichimeca tribal dancers I photographed and sound recorded in Central Mexico from 2005-2007.  They are dancing to a song titled “Dance for the Dead.” Ironically, the very same dance and song I filmed these dancers drumming, chanting, and dancing to in Hollywood.  Culturally, it is a very small world.

Still photography, video, edit, & post production for “Dia de los Muertos” by Chuck Jones. Slight of hand in the FCP X editing suite and welcomed critique by Suzanne Birrell.  Shot on a Canon 5D Mark III, ISO 3200. Lens choice was my old Canon 55mm f/1.2 FD I have converted to EOS mount, and my Contax Zeiss 28mm f/2 “Hollywood.” How appropriate the name and what a dandy lens it is too. For this Dia de los Muertos event, they were the perfect choices.

The  Hollywood Forever Dia de los Muertos was my first “available darkness” shoot with the 55 f/1.2 on the 5D Mark III in what I call “Quiet Light.”  Only the resident ambient light was used.  I am not disappointed, and in fact I am delighted with how well the combination works for me.  A full frame sensor with an ultra fast lens makes for an interesting stylistic combination I most heartily recommend and enjoy using.  I also chose to shoot the video clips using the Technicolor Cinestyle profile, bringing everything back up with the grading. I find that shooting with the Cinestyle profile I can get more control at the extreme edges, something that is invaluable in post production grading.  I’ll be doing a story on Cinestyle and how I use it here in a few days, so stay tuned for more.  But for now, please enjoy Dia de los Muertos and as always, your comments and questions are welcome below.  Thank you so much for viewing.