One of the great things about the Sony A7S is the grading ability using Sony’s S-log2 profile and the flexibility it provides. While it is impossible to get our Sony NEX-5N footage to match the A7S, going the opposite direction we thought should be possible. To prove this hypothesis Suzanne and I shot both the A7S and the NEX 5N at Hollywood Forever’s fifteenth Dia de los Muertos celebration November 1st, 2014. We’ve graded, and intercut the footage. Some of the clips are pretty obviously A7S footage just because of the dynamic range and low light extremes the NEX-5N is not capable of. But overall, judge for yourself how well the footage grades together.

We used Final Cut Pro X for the video edit along with Film Convert, which we find does a fantastic job with the new A7S grading presets. 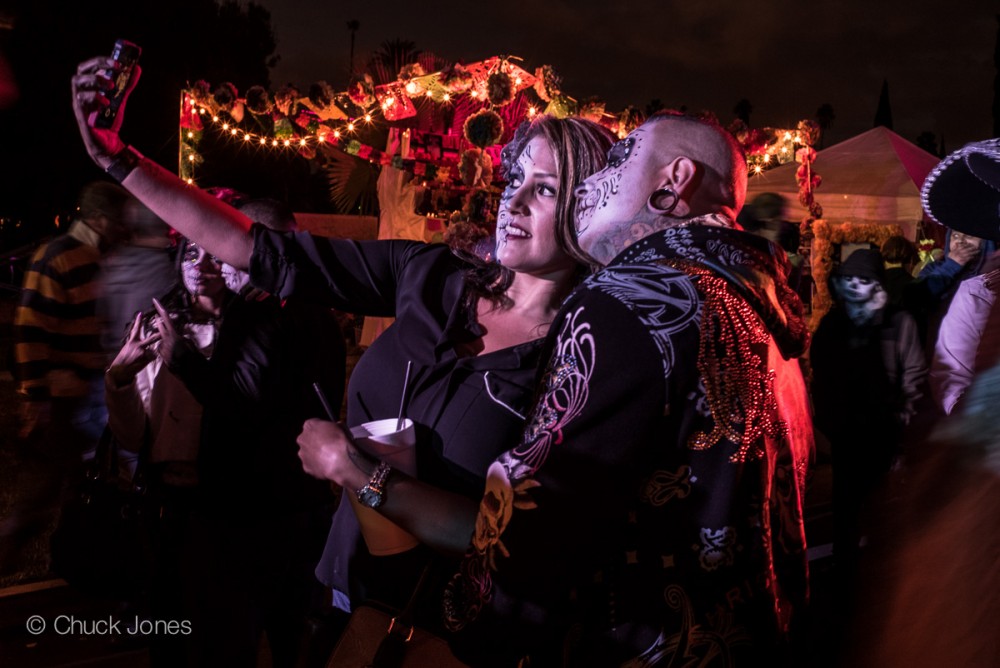 As for the still photographs, the A7S continues to impress me.  At an event such as Dia de los Muertos, once the sun sets the lighting becomes a nightmare, when you can find any of it.  Mixed high power LED’s are not the most pleasant of lighting setups to photograph or film in.  But once again, the A7S proves its heritage roots run deep in the Sony Professional video line.  Working with S-Log2 footage can be tricky to master at first until you understand how it works.  What it can do in good hands though is amazing.

I’d now say I like S-Log2 nearly as well as the output from RAW video, but the work to get the final footage where you want it is far, far less and takes up a tiny fraction of the space that RAW video footage does.  I can also work with S-Log2 footage in real time, even applying complex grades.  RAW footage takes forever to render, so repeated grading changes can get painfully slow.  As expected, the difficult mixed lighting sources and extreme low light was problematic for the NEX-5N.  Once the sun had set, the 5N was relegated to operating only when area lighting was good.  The A7S however was a complete different story.  Once again, simply amazing. 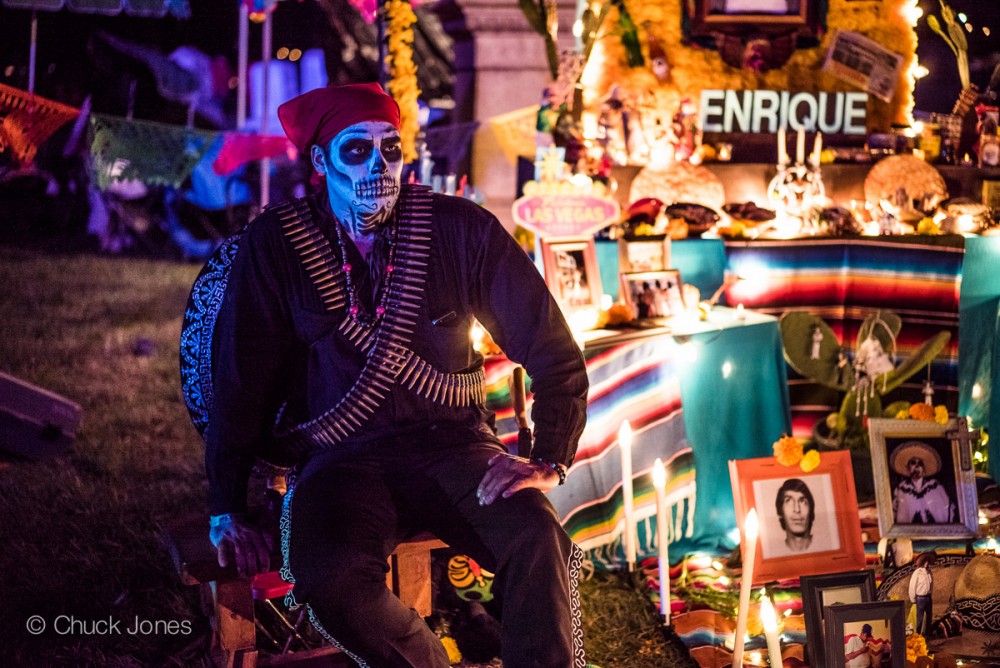 This Dia de Los Muertos ceremony is the fifteenth time this event has been held at the Hollywood Forever Cemetery, and from the ever growing year to year attendance numbers it certainly won’t be the last.  But the roots and origin of this celebration are far older.  Day of the Dead is rapidly becoming a regularly celebrated event not only in Mexico, but in the United States, Canada and around the world.  In 2008 the tradition of Dia de Los Muertos was inscribed in the Representative List of the Intangible Cultural Heritage of Humanity by UNESCO. The origin of Dia de Los Muertos lies over 4,000 years ago, now lost somewhere deep in antiquity. 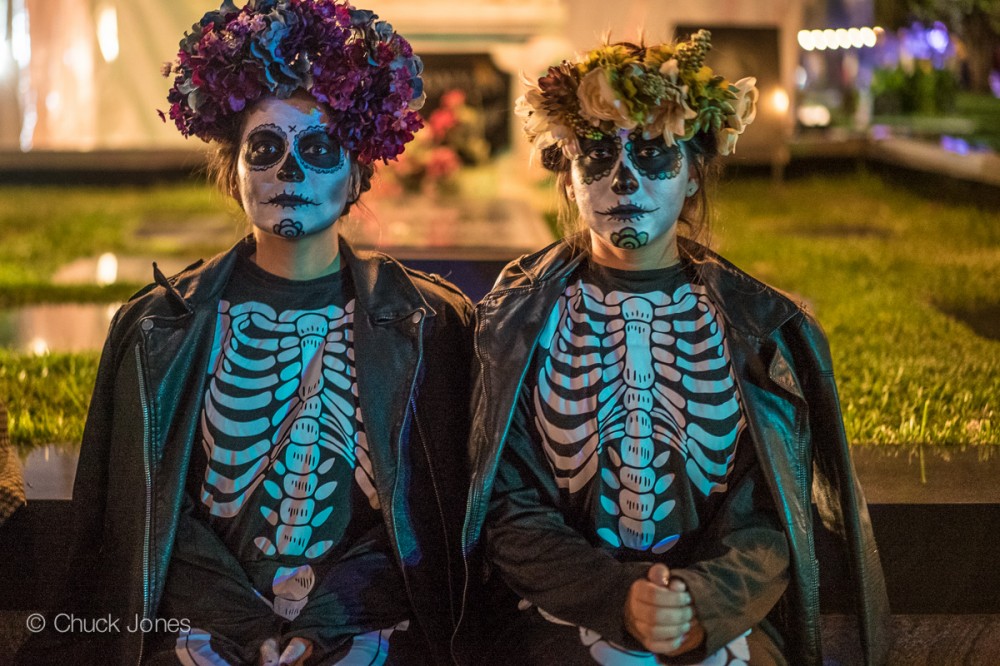 What is known fact is when the Spanish invaded the territory now known as Mexico nearly 500 years ago, the native peoples had occupied that same territory for a very long time.  The Olmecs, the Mayans, the Toltecs, the Chichimecas, and the Aztecs were just some of the numerous MesoAmerican civilizations that flourished for nearly 40 centuries prior to the Spanish, Portuguese, English, French, and Dutch invasion of the “new world.”  When the Spanish arrived off the shores of Mexico in 1519, the indigenous tribes of peoples all shared a common thread: a belief in the afterlife.  A belief that when people died, they didn’t cease to exist but  instead their soul made its way on to the afterworld to the afterlife, the next stop on the road of human evolution.

This belief in the passing on to an afterlife was a realization and acceptance of the inevitable.  A celebration of death as a normal part of living, rather than a fear of death as the eternal end. To those indigenous peoples, death was simply a continuance of life on a different, unseen plane of existence. The present Dia de los Muertos tradition can be traced back to these indigenous beliefs in the afterlife and celebration of the Spirit of The Ancestors. 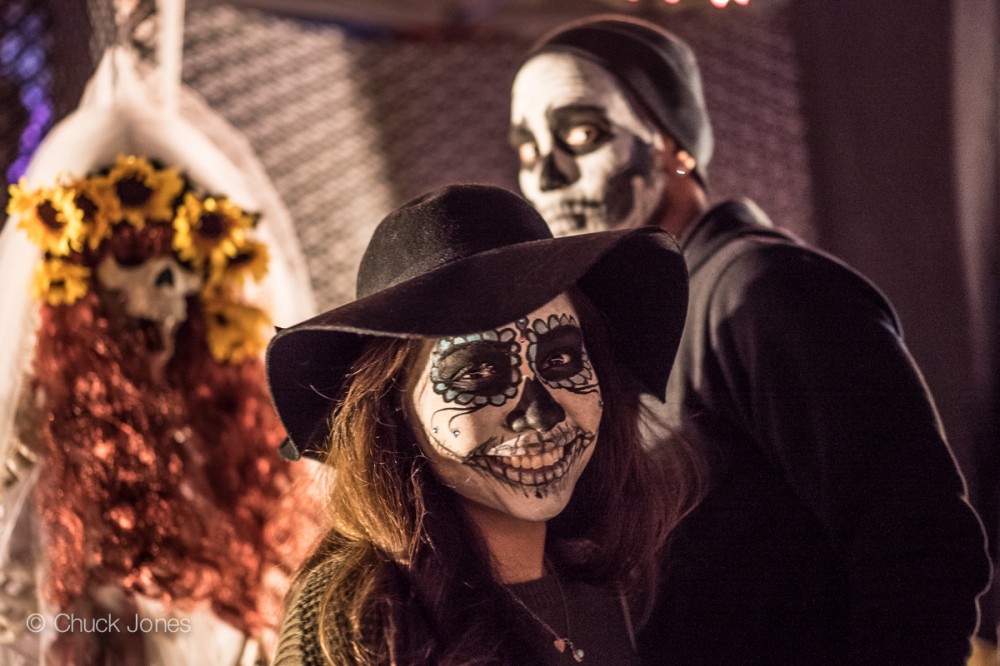 Prior to the Spanish invasion, the Aztecs held a month long ceremony and festival in the 9th month on the Aztec Calendar  (roughly July and August) celebrating the death of their ancestors while honoring  Mictecacihuatl, the Aztec ruler of the underworld.  Often referred to as the Lady of the Dead, it is believed that Mictecacihuatl is represented by the modern “Catrina” or well dressed female death skeleton figure.

The Spanish conquering army found the indigenous population in Mexico extremely difficult to pacify.  So Catholic Priests were brought in by the Spanish to pacify the native Mexican populations by converting them to Catholicism.  These priests changed the month long indigenous festival by compressing it to only three days. It was also moved from the beginning of summer to the present days of observance October 31, November 1 and November 2 to coincide with the Roman Catholic triduum festival of Allhallowtide: All Hallows’ Eve, Hallowmas, and All Souls’ Day.  The Mexican Catholic church had a particularly effective method of indigenous pacification, the syncretizing of pagan elements with Catholicism in Mexico.  Without this blending of beliefs, the incorporation of many of these beliefs and corresponding celebrations into Catholicism, the native populations would have refused to accept Catholicism all together.  The Catholicism practiced in the Vatican is not the Catholicism practiced in most of Mexico and South America. 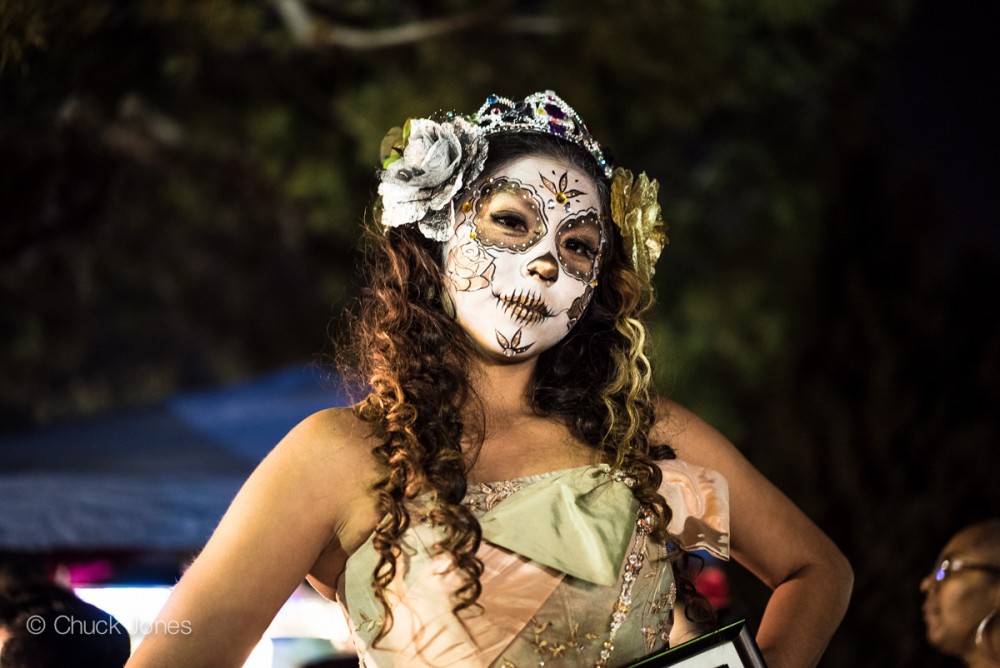